At this rate, Shah Rukh Khan will be left with a rather dull filmography 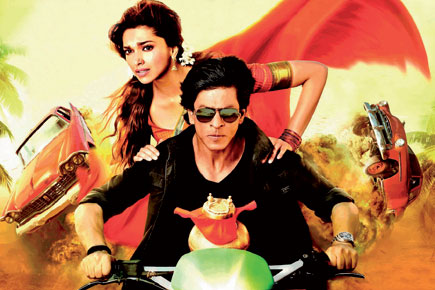 At this rate, Shah Rukh Khan will be left with a rather dull filmography


At the end of the day, Shah Rukh Khan is not going to have much of a filmography to talk about, and he really doesn’t seem to care. Apart from Swades, Chak De! India and a few Yash Chopra productions, a long career at the top has yielded little of quality. A generation from now, he might well be judged poorly as an actor.

Almost all actors at some point display a curiosity to explore their range as performers. Not Shah Rukh. On the contrary, you see a kind of inverse movement, a tendency to cut down on diversity of characterisation and actually limit his expressions and restrict his voice modulation to a much slimmer range. In the 20 years between Darr (1993) and Chennai Express, he has, on his own volition, got rid of half the skills he was gifted with.

Here, too, the vessel is empty. Chennai Express is a cliched comedy about the divide between North and South India, with Rahul Mithaiwala meeting Meenalochni Azhagusundaram on a train. The cartoon strip acting of both Shah Rukh and Deepika Padukone disappoints greatly. All Deepika does is rework the Malayalee-accented English and Hindi take-off of ‘Lola Kutty’ into an acceptable Tamil version and all Shah Rukh does is treat the locals, villains and aamas alike as characters from Quick Gun Murugun, who must, necessarily, be treated as the caricatures they are.

Director Rohit Shetty starts the film promisingly with Rahul, an energetic lad from a family of Mumbai halwai store owners. Dadaji passes away and Rahul is given the responsibility of taking the ‘urn’ to Rameshwaram. En route he meets Meenalochni, the daughter of a don who owns half of Tamil Nadu. This amusing introduction over, the rest of the film is directed on a single flat key right through.

There is not one variation in note and this makes for a very dull film.