Though technically good and with excellent special effects, the movie lets itself down by gross hyperbole 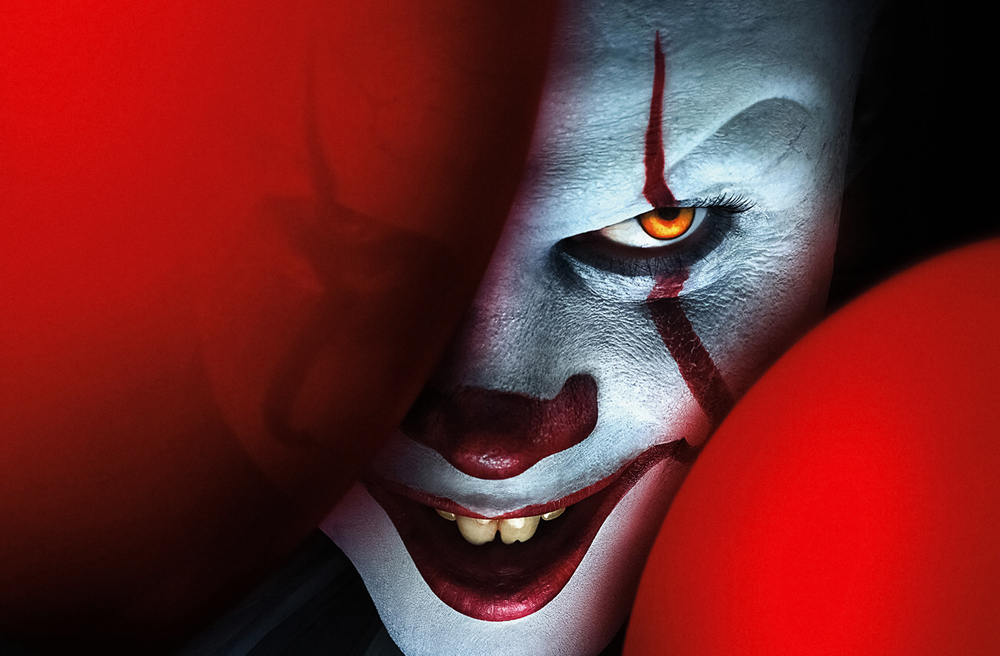 At well over 1100 pages long, Stephen King’s 1986 novel, ‘It’, is a rambling meditation on the ordeal of childhood in small town America.  The horror genre is his communication on this subject in pop culture, and the clown his metaphor. The trauma of childhood – bullying, exploitation, poverty and abuse, particularly sexual abuse – makes adults who they are, is what he says. This is one theme of the novel, told through a creature called ‘It’, who lies underground in the network of sewers of Derry,  Maine, and comes out to prey on children every 27 years. Approximately, this number is when a generation changes.
The film adaptation is in two parts, the first concerning the years 1957-’58 when the central characters were children, and the second 27 years later, when they are adults in 1984-’85, and are informed by Mike (Isaiah Mustafa), the only one who still lives in Derry, that ‘It’, or its avatar ‘Pennywise’, has reappeared.
Terrified, but bound by the unity of the ‘Loser’s Club’ they had formed in their childhood battle with the demon, five of the characters return to Derry, reluctantly, but compulsively. In the past,‘It’ had attempted to lure them into its den, using their hidden fears and angst about their secrets. Now ‘Pennywise’ applies the same anxieties to their adult versions, but in a mocking fashion. With each character, ‘Chapter Two’ cuts between the child and the adult. Some of the editing works well, while other sequences are excessive and repetitive.
The only female of the group, Beverly (Jessica Chastain), was sexually abused by her father, and she revisits the scene of the crimes, her old home in Derry. Daddy is dead, but the porch, the doors, the furniture, the artefacts and the interiors are identical. Her memories are turned to life by the demon, and the father appears suddenly with the old horrific incantation – ‘Daddy’s little girl; come to Daddy’. Beverly flees the home, and when she looks back, what she sees is a run down house, in all probability unoccupied.
Interestingly, Beverly has several abusive relationships with men in her adult life, including her husband, before she is called back to Derry; the idea being that her life events mirror her early abuse. Similarly, Eddie (James Ransone) had ‘Mummy’ issues as a child, and is married to a neurotically fearful woman, just like his mother was.
However, continuing on this train of thought of the child being the father of the man, as Wordsworth  put it, ‘It Chapter Two’ takes a few liberties and turns Richie (Bill Hader) gay. The taunting he receives for his suspected sexual orientation as a child, is echoed in his adult visit to Derry, when he hallucinates on the persecution. Though this may have been a sub-text in the book, in stretching the point there is always a danger of caricaturing the subject.
Part two of ‘It’, though technically good and with excellent special effects, lets itself down by gross hyperbole, and a literally non stop narrative that does not let you out of the theatre for 3 hours. It is an exhausting film, and by not paring the novel down, the movie has done much disservice to the ideas and themes within. After the scares by ‘Pennywise’ are repeated for the nth time, they are scary no longer. The British adage says that it is better to be Penny wise than to be Pound foolish, and this applies here too.