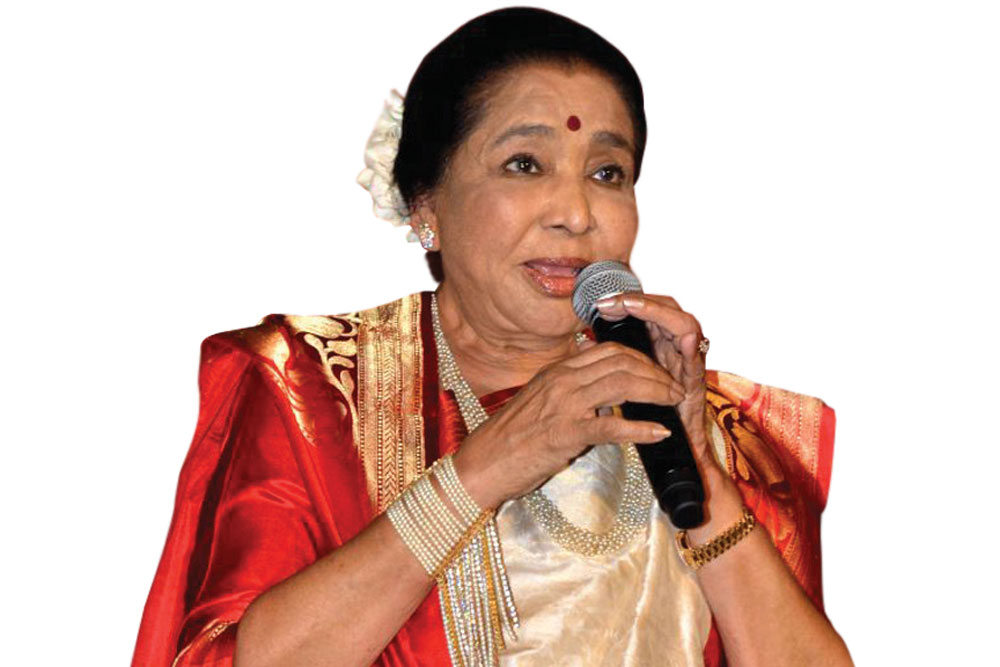 
Instead of spending lockdown making cute Instagram videos with her grandchildren, 87-year-old legend Asha Bhosle has announced a talent contest through which she hopes to discover fresh new voices for Bollywood. The celebrated singer is inviting aspiring crooners to record and upload a two-minute video to her website, volunteering a cash prize to the most talented artist who emerges from it and offering to recommend a clutch of other promising singers for music gigs. The legend believes the film and music industries desperately need new, original voices (“It can’t possibly be that there are only 10-12 good singers in the country, can it?”), and the idea came to her years ago when she was frequently approached by aspiring artists for advice on how to get their foot in the door. “There was a time a composer would pick you on the spot if he recognised your talent—it happened with me. But it’s much harder now, and these music reality shows aren’t helping,” she tells me, pointing out that the pressure on candidates to look and dress and dance in a certain way takes away from the very core of singing. “You can’t sing in sur if you’re expected to be dancing at the same time.”

Madhuri Dixit reminisced about her biggest blockbuster earlier this week, marking the film’s 26th anniversary. The actress posted a thank-you note to the fans of Hum Aapke Hain Koun..! (1994) “for watching and enjoying the film even today”.

The film had made Madhuri the highest paid leading lady in Bollywood then, earning a reported Rs 1 crore fee, which was said to be considerably more than what her co-star Salman Khan was paid for the film. The actress was at the peak of her career at the time, coming off a string of hits and emerging as the biggest competition to Sridevi.

Famously, she became the muse of MF Husain who fell in love with the movie, showing up frequently at Mumbai’s Liberty Cinema to catch it during its years-long run. Husain dedicated many canvases to Hum Aapke Hain Koun..!, and specifically to Madhuri, after the film’s release.

It’s happening. With Covid-19 showing few signs of slowing down, even big-ticket tentpole films are slowly being sent straight to streaming. Disney’s live-action version of Mulan, tipped to be a big draw given the popularity of the original animation film, will debut on the company’s streaming platform in September, it was learnt this week. Disney already dialled back on theatrical releases for Artemis Fowl, The One and Only Ivan and a forthcoming Kate Winslet-starring Black Beauty film, sending all to its Disney+ service.

It is unlikely that Warner Bros will send Christopher Nolan’s Tenet straight to streaming, given the filmmaker’s commitment to the theatrical experience, but despite a recent announcement that the film’s release would be staggered in different markets, there is no clarity yet on its rollout schedule.

The same is true of the situation in Bollywood. The makers of Varun Dhawan and Sara Ali Khan’s Coolie No .1 were reportedly eyeing an October theatrical window before Sooryavanshi (expected to troop along over the Diwali weekend) takes over the screens. But now one is hearing murmurs that the local streamers are aggressively trying to seduce the big players for a star-driven tentpole, hoping that once they land one big fish, others may take the bait too.

Ranveer Singh has two completed projects in Kabir Khan’s ’83 and the YRF-produced Jayeshbhai Jordaar. Which means that the makers of both projects would hope to have a gap of at least a few weeks between them. With ’83 looking to open around Christmas, this would mean the other film would need to explore a release in the first quarter of the new year. But rapidly escalating interest on finished films could make studios consider the streaming option favourably if the bucks being offered are big.