The struggle of an award-winning Partition film, Qissa, for an audience in India 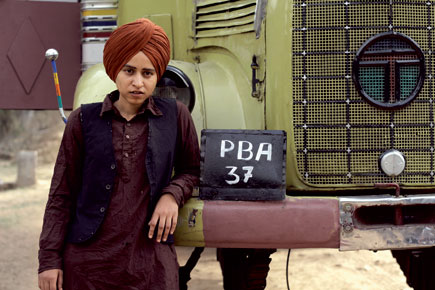 The day actress Tillotama Shome was confirmed for a pivotal role in director Anup Singh’s Qissa: The Tale of a Lonely Ghost, she called her actor friends to share the good news. The reaction was unanimous. “Oh! That film is finally being made!” they exclaimed. “There were people who told me that they had auditioned for the film as far back as seven years ago. So many actors said they had met Anup for the part, but the funding for the film hadn’t come together,” recounts Shome. By and by she gathered that Singh, who is based in Geneva, had been trying to get the film off the ground for 12 long years. With investors across India, Germany, France and the Netherlands, it had taken him over a decade to put together the money.

In 2013, Singh’s long wait began to pay off—Qissa, a Punjabi language film, started its glorious run across international film festivals. It made its debut at the Toronto International Film Festival, where it won the NETPAC prize. It further travelled far and wide, picking up accolades for Shome and its leading man Irrfan Khan. Set against the backdrop of Partition, Khan plays Umber Singh, a man so determined to have a male heir that when wife Mehar (Tisca Chopra) gives birth to their fifth child, yet another girl, he decides to raise her as a boy, Kanwar (Shome). While Singh’s fascinating tale made waves abroad, here there was yet another challenge staring at him—finding a release in India.

Two years and a series of delays later, Qissa is finally set to play on Indian screens. “It is a great relief. For a filmmaker, there is no greater joy than to share his film with his own country people. For that to happen now, after all this time, is exciting and joyous,” he says. That it is nearly impossible for independent filmmakers like Singh to find a release in India is old news. The number of indie films lying in cold storage is proof of that. They don’t have the funds to market these films on a large scale, and it doesn’t help that the audience for such stories is far too niche to merit a wide release. “This is true. But I convinced my producers that we do have a small audience. We will never have Salman Khan’s audience, but we will touch people, and maybe start a new way of thinking. And we will make a little money. The kind of films that our young filmmakers are making show that money is coming back,” says Singh.

Given these limitations, the National Film Development Council of India (NFDC), part producers of Qissa, have opted for an ‘unconventional’ distribution model for the film in India—on 20 February, it will simultaneously be released in select theatres across six cities, on DVD and, will be available on NFDC’s video-on-demand site. In the US, independent filmmakers have been experimenting with this release strategy for a while now, mostly to encouraging results. Most recently, it worked out very well even for Sony Pictures, a big studio, with its comedy, The Interview. “If we were to follow the traditional model, you’re judged by hits and flops and what kind of an opening it got. Why shouldn’t someone in Tamil Nadu have the same access [to the film] as, say, someone in Kolkata or Punjab? We are leveraging the fact that India today is digitally wired and socially networked. People are continuously consuming art and culture on their phones,” explains Vikramjit Roy, executive producer and marketing head, NFDC. Yet, this wasn’t always the plan. Last September, there were murmurs of Qissa getting a full-blown theatrical release across multiplexes. The plan was canned after the film’s producers decided to release it on DVD and VoD as well. It will now be screened only in a handful of single screen theatres like Deepak Talkies and Fun Republic in Mumbai.

The concept of a simultaneous release is untested in India, so the jury is still out on the merit of that decision. Meanwhile, Singh and his cast have no choice but to be optimistic. “In the future, we will have a wider audience and maybe more people will be able to see it. But you need to experiment to know that. You need to take that step and see whether it works or not. Who knows, maybe from this we find a new model to release films,” says Irrfan Khan. Having been through the trauma of not knowing whether his film will ever see the light of day, Khan feels the team of Qissa has much to be thankful for. “I knew it would release one day. It is not like Paan Singh Tomar, where we didn’t know if it would release at all. That was just lying with UTV. It’s the same with my film Dubai Returns,” he says, “That frustrates you as an actor.”

Back in 2005, at a convention of distributors, Hollywood director Manoj N Shyamalan had ranted on how it pains a filmmaker to see his work being watched in isolation, on a DVD or a laptop. “I make [movies] for a roomful of 500 strangers, not a single individual who only has a life experience like mine. That would be asinine,” he argued. Singh is less aggressive in his argument, but echoes a similar sentiment. “I’m a little sad. I’ve made this film with a lot of love. Every bit is handcrafted and made to be seen on the big screen. If you don’t see it there, no matter how good your DVD player is, it is a different experience. A DVD will only give you the story,” he says. Singh has fought tooth-and-nail to make this story his way, without any compromise. His defiance may have something to do with the fact that Qissa is a chapter from his own life. “My grandfather was a refugee during the Partition,” he says, “His journey away from the country made him a man of great bitterness and anger. He didn’t know how to express it, so he would then take it out on his family. That character of my grandfather is the one you see Irrfan Khan play.” On his initial visits to India, Singh knocked on many doors for funds. His story was appreciated by all, but no producer was willing to let him make it in Punjabi. Also, they wanted the final say on whom to cast, another condition he was uncomfortable with. With these obstacles and his refusal to back down, many years passed him by. He used that time to write several stories rooted in Indian folklore and mythology. He’s now ready with his second project, again with Khan, and again on the same conditions. “I will still make the films that I want to make, cast the people that I want, and do it in thelanguage that I want to make the film in. If it takes another 12 years, so be it,” he says firmly.

Success stories like that of The Lunchbox, which had as many as 17 global producers and won praise the world over, have given hope to independent filmmakers. “I believe that this is a time when the voice of the individual needs to be encouraged,” says Singh. “In India, we have young filmmakers who are insisting on doing their own kind of films and helping make a new Indian cinema. I’m ready to be a part of that.”