As the structure of state support for films gets dismantled, the industry stands divided 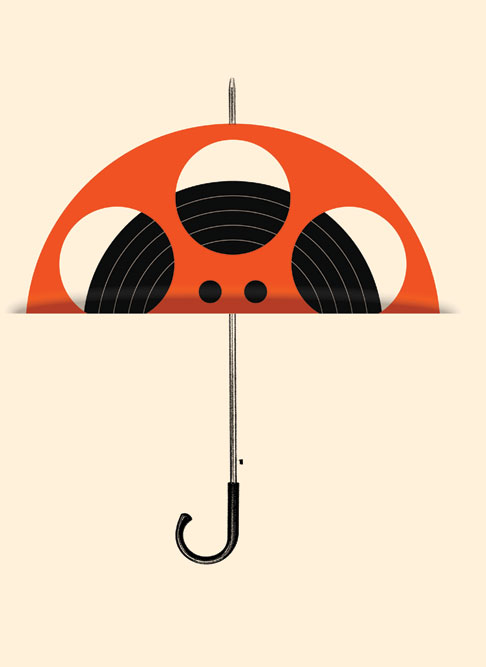 
It was approved in 2020 and put into effect in March 2022, but when the axe finally fell on Films Division, National Film Archive of India and the Directorate of Film Festivals on December 31, there was widespread horror from filmmakers and academics. “A black day,” is how director Anurag Kashyap described it. “Distressing,” chimed in actor-director Nandita Das. But could the merger of Films Division (FD), National Film Archive of India (NFAI), Directorate of Film Festivals (DFF) and Children’s Film Society of India (CFSI) with the National Film Development Corporation (NFDC) actually be a product of the times?

Veteran filmmaker Shyam Benegal seems to think so, saying we can’t expect 19th-century methods for cinema of the 21st century. The Films Division was set up in 1948, a colonial legacy of the King and Empire; the National Film Archive of India was set up in 1964 and the Directorate of Film Festivals was established in 1973. All of them, and the CFSI, set up in 1955, have been subsumed under the umbrella of NFDC.

Not a moment too soon, feel members of the Bimal Julka committee tasked with restructuring the visual units of the Ministry for Information and Broadcasting. In its report, the committee headed by the former Central Information Commissioner found overlapping activities undertaken by multiple institutes and suggested an umbrella configuration with four broad verticals under which institutes should work—production, festival, heritage and knowledge. These verti­cals would be headed by professionals, said the report. Filmmaker Rahul Rawail, who was a member of the com­mittee, says this doesn’t mean the state is withdrawing support to cinema, it is merely ensuring the end of duplica­tion of work, wastage of money and even “not very clean practices”.

Amplifying this, a source within the Information and Broadcasting Ministry says, each institution intended to safeguard and promote India’s cinematic heritage had its own bureaucracy, its own fiefdom, its supplicants, its granting and withdrawal of patronage, and its hidden inefficiencies—NFAI, for instance, started digitisation of its archives only as late as 2008. In one fell swoop, these have been removed and subsumed under NFDC, which will now handle all film-related work, including that of film festivals, film awards, children’s films, and film archives. Easier to manage, and easier to control.

These are all political projects, just as cinema is. As far back as in 1951, the Film Enquiry Committee, set up by the Ministry, suggested means to develop the film industry as “an effective instrument for the promotion of national culture, education and healthy entertainment” and blamed the government for ignoring its “nation-building role” and allowing it to fall into the hands of “unqualified, ill-equipped individuals,” an industry which actually required “skilful and trained direction men with vision and ideas.” It is no accident that Indian cinema scripted a post-colonial national narrative that followed the Nehruvian vision, though the first prime minister was always ambivalent about cinema.


Every government has tried to use cinema as propaganda, and whether it is the choice of whom to give film awards to, or which movies to screen at film festivals, or which films to restore will always be a political act in a country where the state support for cinema still matters. The difference with this establishment is that it does not accord cinema the primacy that was previously bestowed on it. Post-liberalisation, when the NDA government gave industry status to Mumbai cinema, it acknowledged the importance of Bollywood’s presentation of India to the world as an emerging superpower, with a vast middle class and prosperous NRIs, unlike the rooted stories of the NFDC-sponsored cinema between 1960 and 1980. Now, however, the establishment wants to be India’s sole storyteller, and thanks to changes in technology—with streaming and phone-generated YouTube content becoming more perva­sive—cinema as a whole is being marginalised.

You can’t use 19th-century methods for 21st-century technology. The requirements of today are different. You need constant rethinking,” says Shyam Benegal, filmmaker

In such an environment the Information and Broadcasting Ministry, with its comparatively limited budget of `3,980 crore, itself has very little of its original agenda. The Prasar Bharati CEO now wields financial powers, and the focus is shifting to broadcasting policy, monitoring of telecasts and ensuring broadcast compliance, managing government advertising and handling outreach for the government, which is also being devolved to individual ministries.

But as Das has pointed out, historically, each subsumed organisation’s role in expanding and preserving Indian cine­ma at large was crucial. The aim of NFDC was to fund diverse independent cinema in various Indian languages, often the ones that mainstream corporations do not fund. Its role has been diminishing for years and there was in fact an urgent need to revive it. While we need to im­prove the quality and scope of documen­taries made under the Films Division, its role was significant in documenting realities that were being ignored. The NFAI played a very important role in archiving a rich film tradition in India. Such works have been preserved for posterity, which is of immense historical and technical value for generations to come. The DFF has been an important body that has both brought world cinema to Indian audiences in affordable ways, and also showcased Indian cinema to the world.

Sudha Tiwari, assistant professor at UPES, Dehradun, says the merger is technically unsound. “It will over­load the NFDC. Thanks to suggestions of mergers of ‘defunct’ film bodies like FD, and FTII with the NFDC in the 1990s, independent filmmaking in India has suffered the most, with funding diverted towards developmental areas, and prof­it-making sectors rather than pursuing independent filmmaking by young film­makers, who want to experiment with the medium of cinema. The need of the hour, in the OTT-fied and digital times in Indian cinema, was in fact to give more financial support to FD, NFAI, and CFSI, than merging them with NFDC. With this merger, it is the archival sources and documentation of Indian cinema that will suffer the most. The government has also not disclosed its full plan. It did not keep the Indian film industry and various stakeholders in the loop before taking such a major decision, with far reaching consequenc­es. It was abruptly done, and there is quite a bit of dissent on this decision among filmmakers, and film scholars,” she says.

The Ministry reorganisation is a work in progress. Little of its original agenda remains. In the broadcasting wing, with the Prasar Bharati CEO now wielding financial powers, the focus has shifted to broadcasting policy, monitoring of telecasts and ensuring broadcast compliance, managing government advertising and handling outreach for the government, which is also increasingly being devolved to individual ministries. The films wing of the Information and Broadcasting wing also oversees the Central Board of Film Certification, set up in 1952, whose appellate body has been scrapped, and the Film and Television Institute of India, Pune, as well as the Satyajit Ray Film and Television Institute of India, Kolkata, which the government is steering clear of, for now. As for the information wing of the ministry, the erstwhile media units of Directorate of Advertising and Visual Publicity, Directorate of Field Pub­licity and Song & Drama Division were merged in 2017 to create the Bureau of Outreach and Communication, even as other organisations such as Publications Division, Indian Institute of Mass Communication, Registrar of News­papers for India and Press Information Bureau continue.

“This merger is a step towards making cinema in India less accessible and autonomous. Further, the process by which such a decision has been arrived at is undemocratic,” says Nandita Das, filmmaker

Benegal, who has made films for NFDC including the upcoming Mujib: The Making of a Nation as a co-production with the Bangladesh Government, says the downsizing is a function of getting the economics right, which is a function of assessing how much work each or­ganisation had. “Technology is changing fast, rendering old methods redun­dant. The functions for which certain organisations were set up may no longer be viable. Should NFDC make films or ensure that what it has is better distrib­uted at a time cinemas are closing down and streaming services are booming?” he asks. In any case, he adds, the less one depends on the government, the more room one has to manoeuvre creatively. Benegal should know. He experimented with corporate financing of movies as early as 1974 with Ankur and then a year later with Nishant, his first and second films, which he financed from Blaze Film Enterprises, run by his friends Mohan Bijlani and Freni Variava.

Both FFC and NFDC have played a vital role in the emer­gence of the independent cinema of today, with FFC having financing everything from Satyajit Ray’s Charulata (1964) to Mrinal Sen’s Bhuvan Shome (1969) to MS Sathyu’s Garm Hava (1973), and NFDC having supported movies such as Govind Nihalani’s Party in 1984 to Salaam Bombay! by Mira Nair in 1988. The FD has produced at least 5,200 documenta­ries and over 2,500 newsreels. The Children’s Film Society of India has enabled brilliant filmmakers such as Sai Paranjpye and Vishal Bhardwaj to make films, but since 2018, it has not had a chief.

Will the restructured NFDC, headed by Ravinder Bhakar, a Railway Services bureaucrat, who is also CEO of CBFC, resolve these problems? Only time will tell.