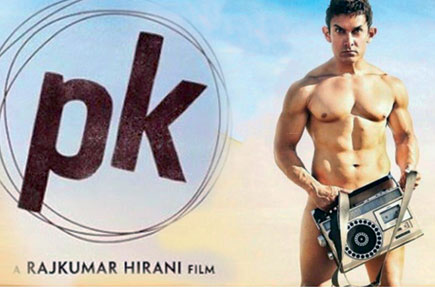 We still don’t know whether PK will outdo Kick at the box office, but going by past records, it has the potential. Only rarely does Aamir work with a director twice, and Raj Kumar Hirani is that exception. They made 3 Idiots together and that turned out to be a delight across the board. PK sees Aamir experimenting but still staying true to mainstream commercial sensitivities.

Mohit Suri proved why he is now one of the most sought-after directors when his Ek Villain, filmed on a moderate budget with a heavily borrowed plot, went on to become a superhit. It had Sidharth Malhotra and Shraddha Kapoor, stars who wouldn’t usually guarantee a big opening; but the stylistically shot revenge drama of a reformed gangster in chase of a serial killer clicked with audiences.

Critics called it a senseless plot that required a giant suspension of disbelief, but Bang Bang, a Bollywoodised adaptation of the Tom Cruise-starrer Knight and Day, became a blockbuster. After a lean spell a couple of years ago, Hrithik Roshan seems to hit the jackpot no matter what movie he does. What Bang Bang lacked in plot, it made up for with the undeniable sexiness of Roshan and Kaif.

Salman Khan began the year with a movie that didn’t do well by his standards. Jai Ho, a much-delayed home production, came and went, barely making a splash. But he more than made up for it with his Eid release of Kick, the biggest revenue generator of 2014. Like all Salman movies, it was just regular over-the-top masala fare, of a modern day Robin Hood.

After Kick, Shah Rukh Khan’s Happy New Year ruled the roost. Despite his teaming up with director Farah Khan, the movie didn’t exactly reproduce the magic of Om Shanti Om. Happy New Year, a burglary flick combined with a dance competition, had an absurd storyline, shallow characters and cringe-worthy PJs, but still got its audience right. Deepika Padukone and Abhishek Bachchan received marginal commendations for their performances but for those not of the Shah Rukh cult, time didn’t exactly fly in the theatre.

Queen didn’t have a hero. The heroine was deglamorised and slightly dumb, and even the trope of a woman coming to terms with her individuality is hardly new. After her fiancé backs out of their wedding, Rani goes on her honeymoon alone; and through a combination of self-deprecatory humour and a controlled evolution of her character, you find yourself cheering her on to the inevitable personal redemption. Best movie of the year.

Take Vishal Bhardwaj away from Shakespeare and his movies are just good, not great. His adaptations of Macbeth, Othello and now Hamlet, are cinema as it should be—engaging, provocative and entertaining. Bhardwaj set Haider in Kashmir, using the conflict to weave in the elements that make Hamlet immortal. Shahid Kapoor made the evolution from star to actor, but this movie will be remembered for Tabu.

Imtiaz Ali’s take on the Stockholm Syndrome almost seems to justify it; Highway is another movie that breaks out of the Bolly- wood mould. Alia Bhatt, so far known for cute-girl chick- lit roles, delivers a superb performance as someone dealing with the horrors of child abuse, while Randeep Hooda is a kidnapper who believes there is no retreat for his conscience. Tragedy has takers too, and the movie was a superhit.

Finding Fanny is the tale of a road trip taken by a bunch of eccentrics from a quaint Goan village after a retired postman finds out that a letter he wrote proposing to a girl decades ago was never delivered. You can’t have a more imaginative plot; and with some of India’s best actors, like Naseeruddin Shah and Pankaj Kapur, the movie was always going to be a critical success. Finding Fanny also went on to make a decent profit.

The sequel to the acclaimed Ishqiya saw Madhuri Dikshit taking over from Vidya Balan as the centre of interest of two small time crooks, played by Naseeruddin Shah and Arshad Warsi. It is hard to make a sequel as good as the original, but Dedh Ishqiya makes the cut. Dark humour set in a degenerating universe of nawabs and begums, and an overlaid lesbian relationship between the main female characters make it a movie of rare sensibility.