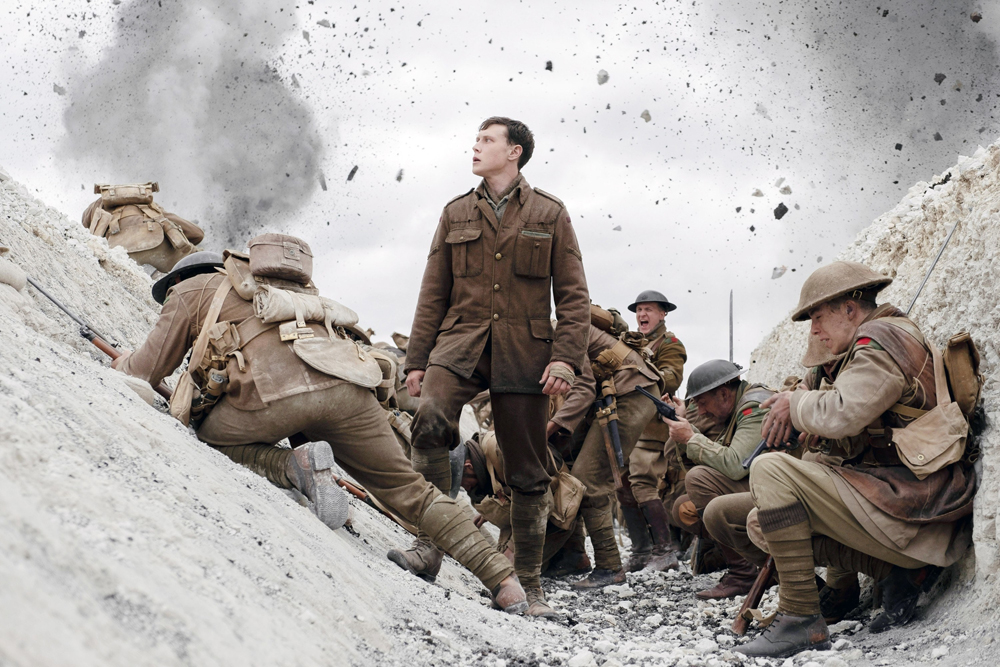 Trench fighting was the characteristic of European warfare in World War 1, with no country’s military possessing any superiority over the other in the technology of war. There were armies bogged down in the mud, planes shot out of the sky, farms destroyed, carcasses of horses and cows and young men, strewn over the countryside. It was a medieval massacre with grenades and guns, instead of the swords and spears of old.

The war was a stalemate till 1917, until the sheer cussedness of one side won over the other in 1918. This movie describes the ambience of despair in those forgotten battlefields, and decides to illustrate it, not with words, but with cinematography. It gives you a point of view from the English side, excludes Germans almost entirely, and tells the story of two soldiers who are assigned to the suicidal task of conveying a message to another English battalion, on the far side of no man’s land.

The cinematography of the movie gives you a tunnel vision; long, single takes of soldiers hurrying through the trenches, trying to stay alive against the odds, their commanders not knowing whether to attack, or stay put in the miserable mud and get shot out of their safety zones. The Officers work with minimal communication facility between units, and with no bird’s eye perspective available to get an overview of the battlefield. The blinders this ambience created, often led to the Commanding Officer committing a tactical blunder.

It is in order to prevent just such a costly mistake that the two soldiers are sent to warn Colonel Mackenzie (Benedict Cumberbatch) of a German trap, and to prevent him from ordering an attack. The mission of Lance Corporal Tom Blake (Dean-Charles Chapman) and Will Schofield (George MacKay) is hazardous and reflects the fate of thousands of innocent young men sent to their death, echoed so aptly by the great war poet of that conflict, Wilfred Owen, in his ‘Anthem for Doomed Youth’ – “What passing-bells for these who die as cattle/ – Only the monstrous anger of the guns./ Only the stuttering rifles’ rapid rattle/ Can patter out their hasty orisons.”

Indeed, poetry is often quoted in the film, which is apt, considering the number of young English poets of that time – educated young men, who went to war and were killed or deeply affected by it – Owen himself, Siegfried Sassoon, Rupert Brooke, Robert Graves, and many others.

Indeed, in a scene in ‘1917’, General Erinmore (Colin Firth) quotes Rudyard Kipling, in ‘The Winners’, when he explains his reason for sending only two men out for the dangerous mission – “Down to Gehenna, or up to the Throne/ He travels the fastest who travels alone” . Later, when Schofield meets a young French woman with a baby and has to leave them, he recites hopelessly: “ In a Sieve they went to sea….”, lines from Edward Lear.

‘1917’ is a sad tale of the futility of war. The problem with the movie is that despite the scale of the production, and the innovativeness of the cinematography, the film does not get you emotionally involved consistently. It is so single minded in its point of view, that it gives you no peripheral vision, the kind of space that is necessary for an audience to reflect, to brood, and to think.

Still, for the experience alone, and for the poetry and black humour, ‘1917’ is worth a watch. 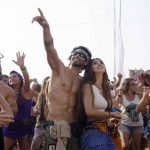 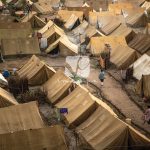