More terrifying than a horror film 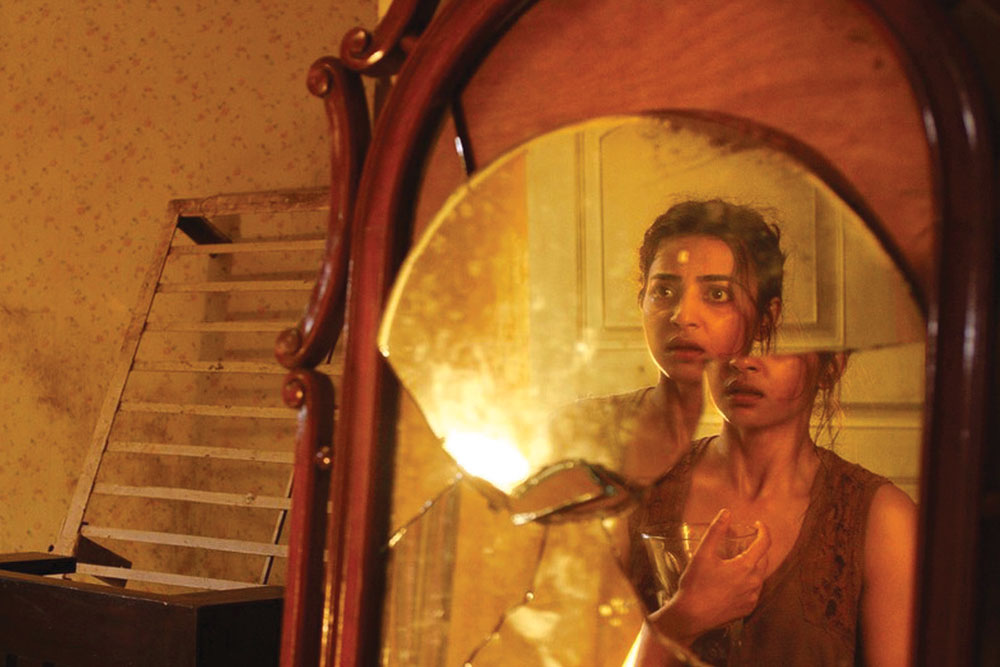 TO ERASE A traumatic real-life event from memory, the subconscious human mind can apparently deconstruct that event, then recalibrate it to create a more comforting reality. The fresh reality thus fabricated could be eccentric, even bizarre, but is more bearable than the memory of the actual trauma suffered.

This is the central idea of Phobia, a movie about how Mehak (Radhika Apte), a lively young painter, has her world turned upside down one evening while leaving a party. As a natural consequence, or perhaps to make the shock that followed more sufferable, she develops agoraphobia and is unable to leave the apartment in which she lives. The most interesting thing about this film is its visual design. It describes what Mehak sees from her disturbed perspective, but unlike the traditional horror film, it does not show you anything radically different from what other characters in the movie see. It is just that the order and spatial orientation in which the visuals appear to her is drastically altered. Her supportive boyfriend (Satyadeep Mishra) explains this to her and demonstrates it by installing CCTV cameras that disprove what she perceives.

Director Pawan Kripalani keeps in mind that Mehak is a painter, an artist whose job is to alter perception, remodel perceived reality to present a new idea in a painting. So he composes Phobia with this dual vision and the results are delightful. Shot almost entirely within one flat and the landing outside, the supporting characters who live in the building are pretty eccentric too. In comparison, Mehak’s recast vision doesn’t appear all that absurd. This makes the film funny, and much less scary than it should be. So a horror film, Phobia is not. What we are left with is a fascinating play of images that gather momentum to end up with a shocker, more terrifying than anything supernatural.