Salman Khan: Out With Bollywood

Salman Khan, do the right thing; propose a sportsman’s name for the ambassador of Indian Olympic Association 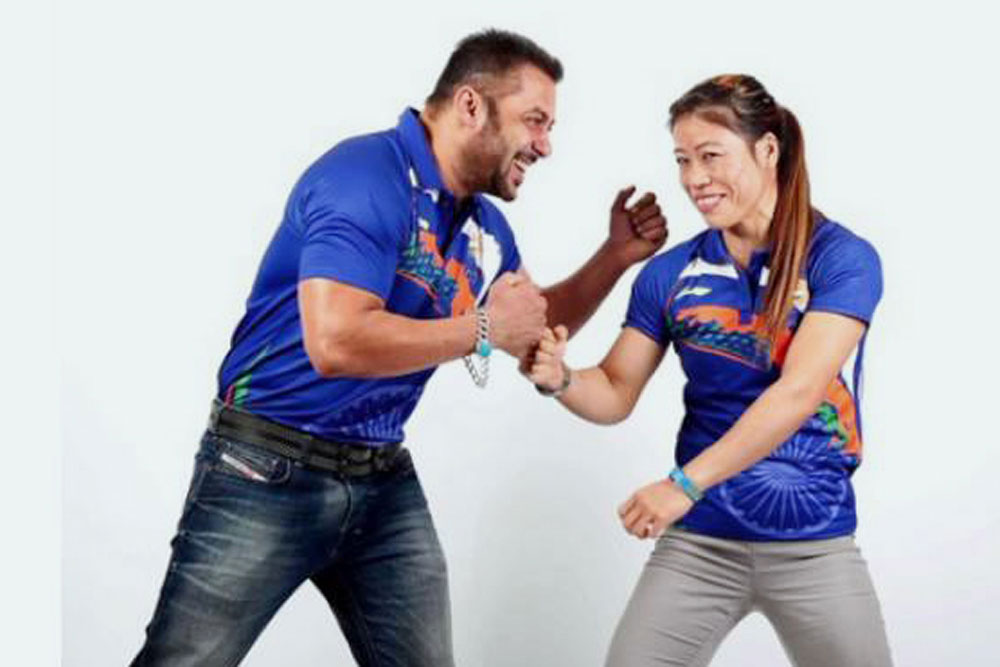 Dear Salman,
Even as I start this letter I know that while you are never going to take an interest in it, your armies of fans might. The love and loyalty that you inspire knows no bounds. And that is truly admirable. Everyone wants to have a piece of you—the selfie, the reply on Twitter, the handshake—it must get exhausting.

The most recent party to claim to you is, of course, the India Olympic Association. They have named you their goodwill ambassador for Rio 2016. Those who have made it a business to appoint goodwill ambassadors is of course the venerable United Nations. They’ve named hundreds of famous people to bring attention to their various causes. Trustworthy Wiki tells me that the UNICEF Goodwill Ambassadors and Advocates from India include Amitabh Bachchan, Aamir Khan, Sachin Tendulkar and Shraddha Kapoor (!?). Bringing a Bachchan to a children’s event is going to bring in attention, media and moolah, something that just balloons and popcorn never will.

But Salman, do you really need to be the ‘Salman Khan the Goodwill Ambassador for the Indian Olympic Association (IOA)’? Wouldn’t the gallant thing have been to propose Mary Kom’s name instead? Do you really need more limelight? Any more adulation? Any more feathers in your cap?

Why don’t you ask IOA—why not have a sportsperson as the goodwill ambassador? Wouldn’t that have been the noble gesture? Why not have a Sachin? Cricket is not an Olympic sport but doesn’t it make sense to bring someone of his stature and reputation to support our team at the Olympics? He might even have some words of advice when he meets players. What counsel can offer them?

Couldn’t you have thanked Sunil Gavaskar and Bhaichung Bhutia and Saina Newal for their thumbs up and support, but finally agreed with Milkha Singh and Yogeshwar Dutt for their honesty and opposition? The UN must depend on advocates from various fields, because of the nature of their work. But in sports we have enough heroes from within the arena. Everyone knows that as a nation we treat our sportspeople wrong. The sports stories in our newspapers are most often about individuals battling seemingly insurmountable odds. ‘Loneliness’ seems the theme of these articles, because they toil in isolation and without support from either state or country. People like Dipa Karmakar and Shiva Keshavan struggle for funds, venues, coaches, diet and equipment. They are rich only in dreams, determination and perseverance. Wouldn’t the right and fitting thing be to place them at the podium? Wouldn’t we all have been happy to see PT Usha?

Also, one must add that your timing sucks. Is all this just to get some more attention for your movie Sultan? Didn’t you feel silly disrupting the training of wrestlers in training at Jawaharlal Nehru Stadium?

I think it is time we made stars of our sportspersons and kept Bollywood stars out of sports. Why don’t you set the precedent?