For 15 years I have lived in this city and not owned a vehicle. The metro, a network of buses, autos, kaali-peelis, taxis and bhaiyas have been my lifeline 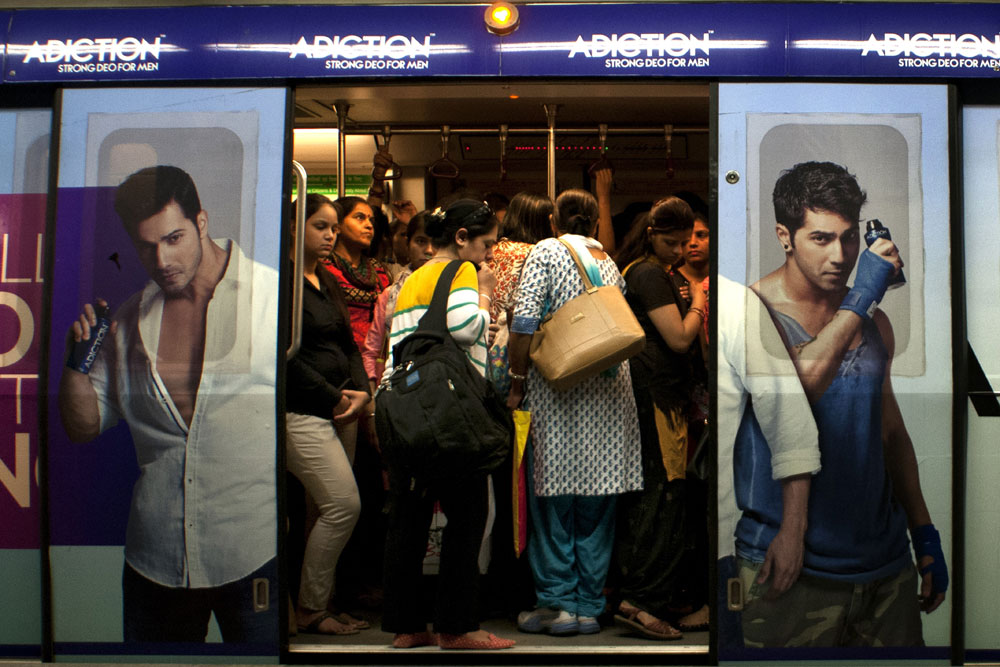 Dear Delhi Commuters,
Each of us is entitled to our own woe of the day. The Audi beside you does not know lanes. The bikers insist on overtaking on the left.  Pedestrians emerge like Houdini in the path of your car. But this time the daily lament has burgeoned into a cacophony of yelling, screaming, haranguing and general nuisance making. And the reason we all know is—the odd and even scheme.

Environmentalists and urban planners, researchers and ministers have inhaled, exhaled and weighed in on the efficacy of the plan. And irrespective of what studies find or they don’t, finally each of us will come to our very own conclusion depending on our very own experience. If we got stuck in a jam on the way back from dropping our kids to school, we’ll shriek—FAILURE. If we sailed from the airport into the city in 20 minutes, we’ll croon— SUCCESS.

But as someone who has lived in Delhi since 2000 and has never owned a private vehicle—neither bicycle, nor bike, nor car—I think I am allowed to give my two-penny bit on the issue. I admit that my decision to scorn a private vehicle boils down to economics, inertia and poor hand-eye-coordination.  It is not for selfless reasons or for-the-greater-good scam.

Over the last 15 years, first as a student in Delhi University and later as a working woman I have relied on a network of buses, autos, taxis, metros and bhaiyas. Thank heavens for the bhaiyas.

In 2000, I moved to the Capital from a residential school located 150km from any major city. From age 14 to 17, I saw nary a vehicle (other than tractors), except when I was on vacation. When I moved to Delhi, I barely knew how to cross a road. That impairment persists. My ‘friends’ ruthlessly mock it. I have even had good Samaritans grab me by the elbow—out of generosity as much as pity—and escort me across the road.

On my very first day as a bright-eyed and bushy-tailed 17-year-old college goer, I had to travel all the way from North Campus to Yashwant Place in the south. Which meant taking one DTC bus from college to Mori gate; and then another to INA; and then an auto. I fell off the bus at INA. The bus conductor yelled at my friend (who was still on the bus) for my incompetence, realised I wasn’t dead, and drove on. An autowallah came to my rescue, gave me his engine cloth to stanch the blood from my nose, and drove me home. I made up a cock-and-bull story to my mother that I’d tripped and fallen. It’s embarrassing to admit that you fell off the bus… It signals not only an ignorance of physics but yells ‘country bumpkin’.

For the next two years, the University Specials (buses reserved for college students) were my lifeline as I travelled from south to north Delhi and back, on a bus pass that cost Rs14 a month. I constructed my entire college schedule according to the convenience of these buses. The drivers of the USpecials were kings onto themselves. One of them would even park the bus midway and go buy his daily groceries. On the mornings it didn’t show up, I’d look lustfully at autos, but then gird my loins, and catch a regular bus. At ISBT a billboard read ‘Delhi Metro—A Dream Coming True’. As I placed my elbow on the congealed puke of the bus window, I would think—‘What a load of rubbish’.

When I first started working in Delhi in a daily newspaper I continued with the bus. After my first pay hike I started taking autos. And then began a decade of arguing, pleading and convincing. But as any regular auto user will tell you, a few simple rules can go a long way. Always choose ‘a running auto’. The ones at the stand operate in gangs and cartels. Sit in the middle, when you travel alone, so that neither you nor your bag can be grabbed from outside. If the autowallah refuses to go by meter, it is easier to wait for the next one. Or tell him, you’ll give him Rs10 more than the meter reading. That way, you’ll feel you’ve set the terms and haven’t been swindled and he’ll be appeased. It is a win-win.

When I was working in ITO and had to commute to south Delhi, I often used a ‘regular’ autowallah. Pramod was an autowallah at night and a Hindi copyeditor by day. He’d tell me about the books he was editing and the clients he had met. He dreamed about opening a cybercafé in his basti. He was also the most reliable driver. I remember an IPL match had just ended at Feroz Shah Kotla stadium vomiting out thousands of spectators. Despite the impossible crowds, endless confusion and urgent demand for autos, Pramod told me to wait. I did. He did show up. When he really didn’t have to.

For three years he drove me and never asked me if I was married or had children or what my parents did. For me, he who doesn’t ask personal questions, is an honourable man.

A change of jobs finally ensured that I could take the metro to work. And the Yellow Line at that. Any Delhi commuter will tell you that there is a subtle hierarchy to the colours and Yellow often ranks at the top. Here I’d get to see mothers catch a quick shuteye and a moment of quiet before reaching home. I’d see labourers enjoy their only experience of air-conditioning on an infernally hot day. And I’d watch toddlers pirouetting around the central pole with all the glee in the world.

I stuck to the women’s coach simply because it was the most comfortable. Also the women talk more and more volubly. I have read WhatsApp messages of my co-passengers and been both aghast and pleased when a girl answered the question—how big are your breasts. I have been privy to a rendezvous as I heard a girl tell someone (perhaps a boy) on the phone—‘Wait for me on the platform. My brother is waiting outside the station. He shouldn’t see you.’

On my phone I have the number of 17 different cab stands. (I just counted.) Most I haven’t used more than once. But a few I have been using for years and across homes and locations. Before cabs were a swipe and GPS away, these kaali-peeli taxis were one’s lifeline; to and from airports, on rainy mornings after nights of partying.

Dear Delhi commuters, you must be wondering where this long tale is going. But believe me there is a point. Public transport in Delhi is not the worst. If you are an able working adult, you can rely on it from 8am to 8pm for one week a month. The odd-even scheme, which is for two weeks, discomfits you for only six days. Stop being such a baby. Improvise, adapt, hail, carpool, and travel like the rest of us do.

(Post Script is a letter addressed to the person, place or thing usurping the headlines)