‘To a young man, every city looks like Paris’ 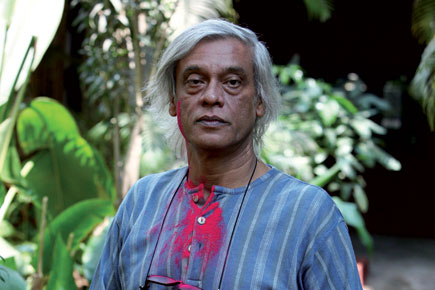 (It has been ages since I remembered you,/But it’s not as though I have forgotten you either)

This verse best expresses my feelings for Lucknow.

They say a Lucknowi can toss out a couplet for every occasion, event and feeling. That’s because, not too long ago, it was a centre of Urdu poetry and tehzeeb. Though people see Lucknow only in ‘pehle aap’ (an Urdu phrase meaning ‘after you’ denoting Awadhi courtesy ) terms, it is a place with a great sense of history and culture. Lucknowis have grace and sophistication. They interact with each other with warmth and bonhomie and with a sense of humour and irreverence. They also enjoy the finer things in life—I still have a fondness for good food.

Lucknow is an example of a truly secular city. Hindus and Muslims have peacefully co-existed for years. There has never been a communal riot. The idea that a place can be so safe and secure has stayed with me. I used to travel to school in a rickshaw and never once felt a sense of fear or insecurity. The concept of street fights and violence was alien to us. It was a wonderful town to grow up in.

When you are a young man, every city looks like Paris. So did Lucknow. We lived near the Charbagh station area. I still go there whenever I can and end up running into a thousand relatives whose faces I have forgotten. But they haven’t forgotten me.

My father, a mathematician, encouraged and led us to develop an independent way of thinking. People around us were very open and generous with their knowledge. At home, there was a culture of books, poetry and politics. All these early experiences helped me later in my work as a filmmaker.

Why did I make a film about Naxalism set in the 1970s and call it Hazaaron Khwaishein Aisi? For two reasons: Lucknow and a man named Mirza Ghalib.

What has Ghalib got to do with Naxalism? Ghalib shaped my worldview. I borrowed his way of looking at relationships, love and the world, and how to go beyond that world.

Hazaaron Khwaishein Aisi could not have been possible if I was not from Lucknow. In Khoya Khoya Chand, the character Zafar comes from Lucknow. I based him partly on my father. That film is a love letter to Awadhi tehzeeb.

Lucknow reflects in my work, the way I talk, the way I walk and the way I live my life. The ideas of home, homeland and identity manifest themselves in your habits and behaviour, no matter which part of the world you live in. To twist a famous phrase, ‘You can take the man out of Lucknow, but you cannot take Lucknow out of the man.’

Bose Krishnamachari: Through a Mirror Darkly

For Bose Krishnamachari, art is life itself, and his solo exhibition in Kolkata shifts from minimalism to maximalism with sensational ease. He tells Nandini Nair why he can’t separate people from his creations

The fourth edition of the Serendipity Arts Festival uses different disciplines to tell of belonging and place (Photos: Rohit Chawla))