Those Who Can, Blog

A stylish new generation of fashion bloggers is making fashion personal, taking it off the glossy pages, onto the web and into the streets 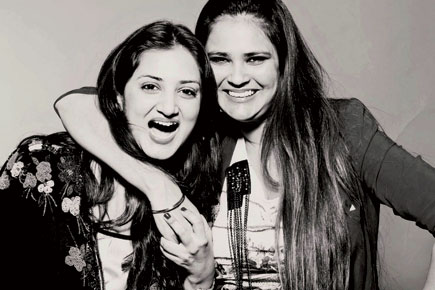 A stylish new generation of fashion bloggers is making fashion personal, taking it off the glossy pages, onto the web and into the streets


In December 1978, after fashion photographer Bill Cunningham photographed Greta Garbo in a chance photograph on the streets of New York, a selection of his candid photographs of fashionable people in the city was published in The New York Times Style section. It was the first time someone had ever published photos of ‘street style’. The feature was received so well that the NYT decided to make it a regular—‘On the Street’. That, in a sense, was the start of fashion blogging.

By 2002, fashion blogs had mushroomed in cyberspace, and when blogger Kathryn Finney of The Budget Fashionista was invited to the New York Fashion Week in 2003, it was clear blogging had arrived in a big way. By 2004, luxury shoe giant Manolo Blahnik had started a blog; by 2006, it was rumoured to be earning around $700,000. By 2012, fashion editors were leaving cushy jobs at magazines to venture into the blogosphere—Nick Axelrod, for instance, quit Elle for Emily Weiss’s beauty blog Into The Gloss.

Initially, bloggers in India were, like bloggers everywhere else, at the periphery of the fashion world—second class citizens, a nuisance to designers. But the dramatic expansion in online readership combined with the emergence of street style in India, although still at a nascent stage, has made blogging an unexpectedly lucrative business for those with a penchant for style and entrepreneurship.

The recent launch of InFB, a website dedicated to bringing Indian fashion bloggers together and bridging the gap between bloggers and the fashion industry, is a signal that the times, they are a-changin’. The website is designed as a community forum for fashion bloggers to share outfit inspirations, DIYs, blogging tips and trend updates among themselves. As blogging becomes more and more mainstream, it has begun diversifying, with specialised niches such as vintage, menswear and street style. Bloggers are becoming the faces of brands they endorse, collaborating with designers, offering style advice and becoming style icons in their own right.

“It’s not just about the clothes; it’s also about personal style. People come to our blog because they want to read everything about us: our lives, what we do and how we do it,” says 30-year-old Jasleen Kaur Gupta of Fashion Bombay, a blog that documents personal style with DIY tips and whatnot. Five years ago, Gupta and her business partner Sonu Bohra were working at The Times of India as reporters. Both were interested in fashion from the start, and spent many hours doing free styling for in-house photo shoots. They then stumbled on the idea of outfit blogging and needed a space to showcase their work, and thus was their blog born.

“Ever since we started, we have been reading a lot on global blogging trends, and try to keep up with them. We realised early on that people responded better to us modelling our [own] work than anything else, so we stuck to it,” says Gupta who believes that even though fashion magazines broadcast trends, it’s really bloggers who create a consensus about whether something is going to work or not—because they communicate directly with consumers.

When they started Fashion Bombay, there was a dearth of Indian fashion bloggers, and initially, brands would approach them to review or endorse their clothes. “But now, we’re highly editorial. We are more like brand consultants,” says Gupta. “People listen to us and believe in us, so we always try to keep that in mind when we review something.” They claim to have turned down brands that they think don’t fit their style. “Bloggers increasingly have to maintain a consistent identity and integrity because the audience that we deal with online is an intelligent one.” What makes their blog stand out is the effort that goes into making it look professional yet personal. Their experimental style is easy to emulate and can be characterised as gypsy-chic.

“We’re no la-di-da fashionistas in towering heels and the latest trends. We are realistic. We recycle. We believe in everyday fashion.” And everyday fashion, they feel, is only just starting to pick up in India. “A decade ago, the concept of dressing up meant putting yourself together only for social occasions,” says Gupta. “Now people are more conscious and are starting to make that extra effort every day.” While Gupta and Bohra believe that Indian blogging is still to come of age, they are optimistic about its future. “Internationally, brands now have blogger budgets,” says Gupta. “We are increasingly an important angle in the business of fashion and very hard to ignore. We’re waiting for that one big boom—and we’ll be there.”

While many bloggers wait for their big break, 28-year-old Pernia Qureshi is taking the fashion world by storm. A stylist, fashion writer and entrepreneur, Qureshi wears many hats and, with her new book, is en-route to claiming the mantle of a style-guru. “Style for me is all about expressing yourself,” she says. “Everybody has an inner personality that [s/he] wants to project to others, fashion just helps convey that personality through the way you dress.”

Her career in fashion began with a series of internships in New York City—with Elle and Harper’s Bazaar magazines and designer Catherine Malandrino—after she graduated from George Washington University in Washington DC. Though she studied law, she always knew that fashion was her calling. Her penchant for fashion can be attributed to her mother, who owned a clothes store in Delhi while Qureshi was growing up. “Since the age of six, I was mesmerised by the beautiful clothes she would wear,” Qureshi says of her mother.

After her internships, before moving to India, she worked briefly as a stylist with designers such as JJ Vallaya and Tarun Tahiliani on their campaigns, fashion shows and look books. But it was the 2010 film Aisha that brought her centrestage. The film’s much talked about style may have got mixed reviews, but it made Qureshi a household name. “That is when the idea for the pop-up shop came to my mind.”

After only a year, Pernia’s Pop-Up Shop has become one of the most successful online fashion businesses in the country, making it India’s answer to the international Net-A-Porter. Earlier this year, Edward Lalrempuia, former fashion editor at Vogue India, joined Pernia’s as creative director, boosting its profile. The website also has a monthly newsletter catching up with Indian fashion and a blog that features big designers in the news and what’s hot .

Having rapidly become one of the most important figures in fashion today, Qureshi is now a published author, too. Her book Be Stylish, recently out from RandomHouse India, is a sort of ‘style gospel according to Pernia’ that will help readers discover their signature look and guide them in choosing clothing and accessories to suit their body type. “I wanted to create a go-to handbook that girls can refer to in order to stay stylish,” says Qureshi.

Not everyone who blows up on digital media is actively looking for a big break. Pardeep Singh, a 22-year-old British literature student from Essex, had no inkling of the media frenzy he was inviting when he started posting pictures of himself on Instagram for fun early this year. Encouraged by their popularity, he launched a blog: Singh Street Style.

The blog documents the street style of Sikh men across the UK and quickly became something of an internet sensation.

Singh got interested in fashion when he started university in the heart of London, near the London College of Fashion. The strong fashion culture around him served as inspiration for his own style. His blog allows him to explore his passion for photography as well.

He began by shooting pictures of himself and his friends, and is now often approached by other Sikh men looking to be photographed. His only requirements for models are that they be dressed sharp and wear a dastar (turban), even if they don’t usually wear one. The result is an array of brooding good looks and slim silhouettes.

The men on Singh’s blog epitomise the Punjabi attitude of being bold and outgoing, blended with British culture. At the same time, they reflect an effort to stand out from the Punjabi community and be individualistic, even when it comes to how they wear their turbans—compact and colourful.

Singh believes that street style blogs are popular because, as opposed to magazines, they ensure that style is determined by the people and for the people. He is indifferent to his celebrity, hoping only that through this blog, he has managed to reduce some of the prejudices against Sikh men, allowing them to display a style that is individualistic, uninhibited and classy.