The Strange Silence of Mahesh Bhatt

One of the things we missed most after Radiagate was him announcing a film called Phone Call. Precious words on his recent reticence 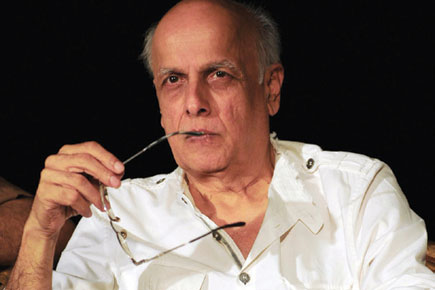 One of the things we missed most after Radiagate was him announcing a film called Phone Call. Precious words on his recent reticence


The media’s favourite go-to person for quotes has been keeping it quiet, of late. He’s hardly seen on the television talk shows he was once a fixture on, his provocative statements have dried up, and he hasn’t been announcing films on headline grabbing stories. In a chat with Open, Bhatt talks about the book that’s keeping him busy, his daughter Alia’s launch in a Karan Johar film, and why he won’t return to film direction.

Q You’re never afraid of voicing your opinion. What’s keeping you away from the media these days?

A I haven’t consciously held myself back. Once, I was described as a man who has an opinion on everything from disease to divinity. I plead guilty to that charge, to which I’d always say, “If I don’t say anything, you’d say I am being evasive, and if I say something, you’d say I’m a loudmouth.” I’m in a no-win situation. But public opinion has never intimidated me. Nevertheless, how and what I speak on is entirely my choice.

A If the matter is significant and concerns us all, I do stretch myself to meet the demands of the various news networks that approach me. But at times, I find it difficult to adjust my schedule to their telecast hours. For example, during the Rahat Fateh Ali Khan controversy, I did state my position very clearly. I wouldn’t know if the media is keeping a distance from me. Look, every hero becomes a bore. I wouldn’t be surprised if people are bored of me. “Good riddance,” some would say.

Q Do you think the media isn’t interested in your views anymore?

A The media is just selling its wares, like we sell our films. If anything’s keeping the media from calling me, I’d say they have a business to run. You need new faces to market. That’s the name of the business. If I can keep replacing one hero with another and one director with someone else, why shouldn’t the media do the same?

Q Where were you when Radiagate happened?

A I was around and had said that when the watchdog of society becomes the lap dog of power, doom is certain.

Q Having launched your daughter Pooja and nephew Emraan Hashmi in your own films, why did you entrust your other daughter Alia to the care of Karan Johar, who’s launching her in Student of the Year?

A It’s just something that happened to Alia. We don’t make movies to launch our kids and relatives. There was no strategy that led to this. I’d say it’s a glorious start for her; she’s a lucky girl.

Q Do you identify with Karan Johar’s cinema?

A Look, I’ve distanced myself  from movie-watching ever since I hung up my gloves with Zakhm. Whatever movies I see are mostly specific to my work. Movies don’t amuse me. I’ve only seen Karan’s My Name is Khan and I thought it to be a brave film.

Q I hear you’re working on a book on cinema.

A Staring at the Sun is what I’m calling the book. You can’t stare at the sun without going blind. It’s a no-nonsense look at the world of glitter, where you make stories the way toy-makers make toys for the entertainment of children. It takes an unflinching look at uncomfortable truths. What’s being written about the film industry is not true. The tragedy of showbiz is that it’s a victim of its own hype. One of the reasons the Government gives the industry stepmotherly treatment is that it imagines it to be a land where milk and honey flow. But all that glitter is just skin-deep.

Q But I hear it’s ‘a love letter’ to the industry.

A Well, it is affectionate in nature and is written with a deep reverence for all those who’ve shaped my life. It explores my encounters with giants like Dilip Kumar, with whom I’ve had various conversations, and Salim Khan. Also, I talk about my memories of waking up to the magic of cinema.

Q It’s widely believed that if you come back to film direction, it will be with an adaptation of the book A Taste of Life based on your relationship with UG Krishnamurti.

A My daughter Pooja insists that I must make a film on A Taste of Life, which is a love story of one man with another. But I don’t think I can ever express what it means to have my beloved choose a kind of death he did. There’s tremendous clarity within me that I can’t do it, that I won’t do it.

Q So, you will not ever return to direction?

A I was just telling somebody yesterday that Mahesh Bhatt was once a storyteller until he met a man called UG, who took away from him all his stories.