The Blog Is Endangered. Again

The obituary of the blog is being written again with the runaway success of Twitter. But, this is perhaps just the pause before it shifts shape again 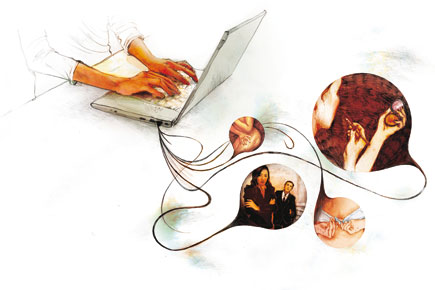 The obituary of the blog is being written again with the runaway success of Twitter. But, this is perhaps just the pause before it shifts shape again


The email came out of the blue one morning—Desipundit was shutting down. After five years of collating ‘the best of the Indian blogosphere’, Patrix (www.ipatrix.com), the founder of the website had decided it was time to stop. Indian bloggers lamented Desipundit’s demise, missed it for a few days, and then went on to other sources for their daily fix of reads. I guess this is what Patrix meant went he cited a ‘downward trend in blogging’ as one of the reasons for his decision.

Andy Warhol was perhaps not thinking blogs when he said way back in 1968, “In the future, everyone will be world-famous for 15 minutes.” It turned into ‘Everyone will be famous to 15 people’ (attributed to David Weinberger) when ‘blog’ became Merriam-Webster’s word of the year for 2004. By the end of 2006, when Gartner analysts announced that 200 million people were already ‘ex-bloggers’, anyone with anything to say (and very often, not) had set up a blog. And abandoned it just as rapidly, leaving only serious bloggers to carry on. Out came the dire pronouncements; ‘Dead blogs litter the internet like squashed bugs on a windscreen during a warm Southern evening,’ read one graphic description in Times Daily, a local publication in the US, in an article unambiguously titled ‘Dead Blogs’.

Most of those who had set up ablog easily on free platforms like Blogger and WordPress were learning the hard way that they had to spend more time getting traffic to the blog than writing it. Visiting and commenting on other blogs, keeping tags updated and relevant, linking to popular blogs, and the toughest of them all, monetising the blog, took a lot of energy and effort.

So, is blogging dead?

Or, is blogging dead, again? Every year, pundits predict the decline and eventual death of blogs, and people read about it, think about it and write about it—on their blogs. Most bloggers I speak to admit that the frequency of their blogging has certainly come down. Some of the more popular ones have not written blogs in months.

They are, however, loath to admit that they have stopped completely, choosing to call it a ‘temporary break’ instead. And, with those not so serious to begin with, their shift to the next new thing had as much to do with their disillusionment with blogging as with the attractiveness of Twitter or Facebook.

Regular bloggers are slowly coming to terms with reduced interactions on their blogs, with most people reading online content through RSS feeds and links on networking sites. Dina Mehta (dinamehta.com), an early adopter of the Indian social media scene, misses the camaraderie of the initial days of blogging; “The blog world was a smaller, cozier space, where it was possible to know and interact with other bloggers.” Patrix adds, “Every blogger I talked to has loved the comments (and trackbacks) that any of his/her posts generated. That made you feel that your opinion mattered. If you keep ranting and raving and no one writes in any comments, you feel like you’re talking to a blank wall.”

This guest post on the fabulous Problogger (problogger.net) describes it best: ‘From Jane Austen: ‘It is a truth universally acknowledged, that a blogger in possession of a good domain must be in want of some worthwhile comments’.’

And these comments now mostly come from spambots (who, it must be said, are usually more polite than many real bloggers). So comments like, ‘Your website has very useful information. I have bookmarked it for future use’  may be gratifying, at first glance, but coming from an ‘Online Fake Rolex’, not exactly worthwhile.

Amit Varma (indiauncut.com) dismisses the idea of anything new supplanting blogs; he views Twitter as an extension of blogging, not a replacement. “The good thing about Twitter is that it caters to short attention spans—you don’t need a lot of time to tweet or to follow tweets.” Savvy bloggers are also using other networking sites to promote their blogs with regular updates and links. Instead of the blog as a single space for all thoughts, now

there are clearly different spaces for different kinds of needs. Blogs are reserved for themes that need exploration and discussion. As Varma says, “If I only want to post an interesting link, then I use Twitter, and if I want to express my own thoughts or comments, my blog.” And the interaction that bloggers seek is easier found in these spaces. According to Mehta, “Conversations aren’t happening on blogs anymore. While I still feel my blog is the best place to share my thoughts that need more than 140 characters, most discussions around these thoughts happen off the blog—on Twitter / Facebook / LinkedIn.”

Blogs have come a long way since 2006 when the BBC declared, “There is a perception that bloggers are sad, joyless people in their underwear who sit in front of their computers all day.” Well, underwear or no underwear, bloggers today are a respected bunch of people. “If I need opinions I can trust, say, if I want to buy a new phone or if I am suggested a new course of treatment, I would still turn to blogs,” says Mehta. And Varma echoes this when he says, “Internationally, bloggers like Andrew Sullivan and InstaPundit are still widely read and respected.” The general verdict is that blogs used as personal branding tools will thrive, as will niche blogs in areas such as HR, food, fashion and travel, not to forget mommy blogs. Bloggers have and will successfully use their blogs for book contracts, writing assignments and even new job opportunities.

As of mid February, BlogPulse (blogpulse.com), a blog trend tracker from The Nielsen Company, shows 71,917 new blogs in the last 24 hours. Clearly, blogs are not going anywhere but to their next stage of natural progression. “Not dying, but morphing,” as Mehta puts it.