Sairat: The End of Romance 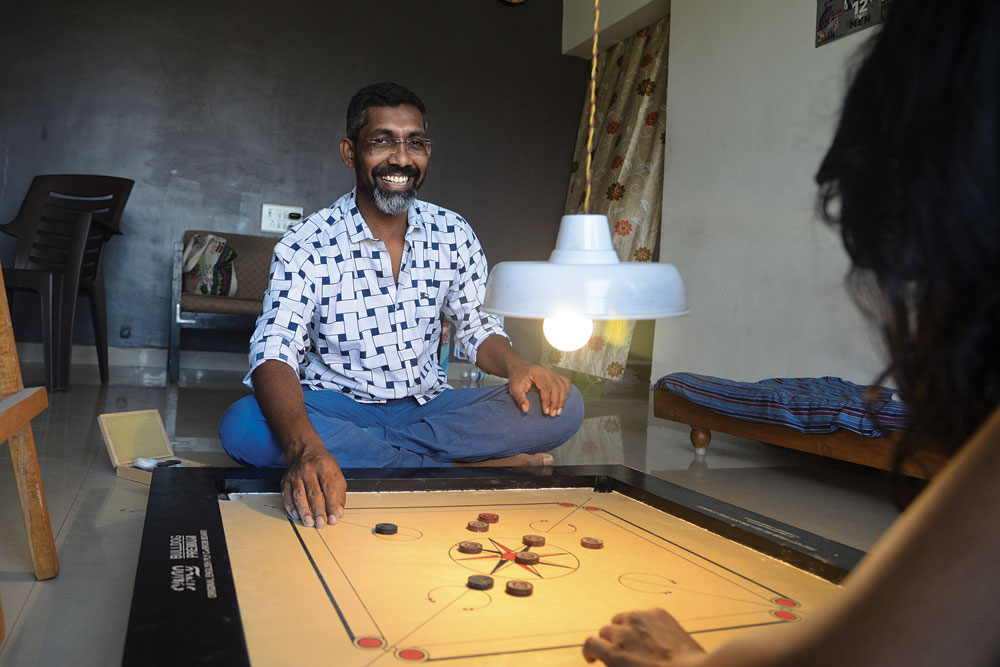 THESE DAYS WHEN relationships are made and broken on whimsy dating apps, here is a story which denies the possibility of a happy ending. Our cinema, songs, poetry, paintings scream love, but we are still a nation where lovers are brutally murdered in the name of honour. Sairat brings this reality to the fore, and has become one of the most watched Marathi films. It has grossed over Rs 65 crore in the three weeks since its release, making it a lodestar for modern couples, bound by society and torn apart by discrimination.

Frankly, ‘(poor) boy meets (rich) girl, they fall in love and face opposition from the world around them’ doesn’t seem like the most original idea. From Ek Duje Ke Liye (1981) to Dil (1990) to Qayatmat Se Qayamat Tak (1988), our biggest blockbusters have spun the cliché repeatedly. But Sairat takes the old format and slaps it right across our faces as a wake-up call. The three-hour long film draws the audience in with plenty of songs and slow-mos, emotion and drama, and then serves us reality right when we aren’t expecting it. Some may call it shock value, but the film’s director Nagraj Manjule calls it a fact. “Anyone who is aware of what happens in life would expect the couple to die. People want to forget what exists. People want to see songs, dances, happy endings and that’s when the shock happens. You are standing under a hot sun and you are under the illusion of cold winds. You are so lost from reality that it shocks you.”

Sitting in his apartment in Pune, away from the madness that now surrounds the film, Manjule is silently watching the drama unfold. The wall behind him displays a heap of awards, most of them for his debut feature film Fandry (2014). One foot is wrapped in plaster, though the other one, he assures us, is firmly on the ground despite the hype Sairat is creating. A couple of days after the film released, Manjule turned his phone off, ignored social media and fled Mumbai. “I was getting five to six calls per minute. It was impossible to handle. When I was writing this film I knew it would work; I was writing it so it would capture a large crowd, but this was unprecedented. When I watched people at the Berlin International Film Festival react to it, I realised that despite all the clichés, this was a film that would work,” he says, asking for permission to return a congratulatory call from former Home Minister Sushilkumar Shinde.

For those aware of Manjule’s language of cinema, Sairat comes as a complete surprise. His first film Fandry, which took a staunch stance against the caste system, is undoubtedly among the best Indian films made in the last decade. It is silent, strong, and rooted in reality. Even the humour in Fandry spoke volumes about the dichotomy of life, and it made you think about the world you’re living in. Sairat does so, too, but consciously takes a beaten path to do so. “I was happy Fandry was appreciated, but I was also unhappy that not many people were watching it. We are so used to the traditional way of Bollywood that anything a little different from it is not accepted, however well made it is. Even that experience helped me, because I wanted to tell Sairat’s story, but I wanted to tell it to many more people. In our village we play a percussion instrument to get attention if we want to say something. I used the commercial format to my advantage, but I still said what I wanted to. Fandry made Rs 7 crore, Sairat is touching 70. That means those many more people have heard me and that’s important.”

Lovers were killed 100 years back, 50 years back and even 10 years back. When will a time come when we see love for what it really is?

Despite the popular style of storytelling, what has made the film a path-breaker is its intent. The heroine here is the hero—she drives the tractor and invites her lover into the fields for an afternoon sojourn. The hero, on the other hand, is a silent spectator, and draws strength from his better half. There are many such layers in the film that break convention, apart from the fact that it’s a potent, young love-story at its honest best. The moments between the protagonists Archie and Parshya (played by newcomers Rinku Rajguru and Akash Thosar) tug at the heart, reminding you of ‘first love’. “Yes, it’s a typical story, but the person who is telling the story is different. I am someone who is anti-inspired by Bollywood. I grew up watching those masala films but I was angry because I knew that this isn’t me. The heroism they showed wasn’t reality and I was very aware of that. As someone from a village, from a lower caste, someone who has seen life differently from what is shown on screen, my thoughts and perspective are different. When someone like me tells a story, it becomes Sairat.”

Manjule says that cinema where women are portrayed as frail and mindless props in a male-dominated society bothered him greatly. He was clear his leading lady would have a voice and strength. “Women where I grew up were very strong. They weren’t slim-trim fragile creatures. They weren’t scared of crocodiles, never mind cockroaches. I had an aunt who was like Archie in the film. She was hard working, bindaas, she’d even drink a few pegs without giving two hoots about the world around her. Guys, on the other hand, never had the option to be sensitive or weak on screen, but it wasn’t true,” he adds.

Telling this story with two debut teenaged actors (who carry the film on their shoulders) was also challenging. “Both Rinku and Akash are close to their characters in the film, but both had a popular perception of love, like youngsters do. They used to think about love, but now they realise the responsibility it comes with. They have matured in their own way, and so have I with them,” he says.

Life around him was riddled with poverty, discrimination and injustice. But he didn’t think he was ‘different’. “It took me a while to understand people were treating me as a Backward Class. For me, we were all the same. I’d go in search of stories that were not restricted to my world. I discovered Chekov in a little library outside my village and I’d read translated versions of his stories. I’d sit with the dictionary because I didn’t know English. I was so amazed to see how large the world is and how differently people perceived life and love outside. I read works of Dostoyevsky even though I’d find it difficult to understand most of it.”

Cinema fascinated him from the very beginning. From Mithun Chakraborty to Bruce Lee, he watched everything. He begged, borrowed and even stole to go watch popular films in the city. “I remember watching Basic Instinct back- to-back. It was a revelation for a kid like me. Through all of this I guess the storyteller in me took shape,” says Manjule. The heartbreaks he suffered early on needled the writer in him. But he insists that his pathos shows in his poetry and not in his cinema. “As a writer of films, you can’t be overcome by just one emotion. You have to tell the story from everyone’s perspective,” he says.

Few filmmakers today tell a story to make a statement. Manjule’s work takes you back to an era where cinema made you think, and question. “We talk about being monogamous, polygamous, but I think we are still not there yet. We are still stuck in caste differences. We are still stuck in problems that are 5,000 years old. The Qur’an has a story similar to Sairat. Lovers were killed 100 years back, 50 years back and even 10 years back. We won’t be able to digest films like Blue is the Warmest Color (2013). [The lesbian lovers] will be killed. Our idiotic sentiments keep getting hurt. No one wants to get out of their comfort zone.” Manjule hopes to break the sugarcoated cinema we are served in the name of Bollywood. “When will a time come when we see love for what it really is?” he asks.

At a time where films mirroring social injustice are rare, he believes his kind of filmmaking can raise questions, if not change society. “Discrimination is like a slow poison. You are in trouble but you are not able to say anything. Nobody will understand what a Dalit woman suffers until you are there, experiencing it. I never knew I was a Dalit till Class VIII. People would treat me like an Untouchable. And then you start thinking what this really means. You question yourself, you get scared, you accept it, you rebel against it and then you grow above it. Today, I don’t consider myself as anything but a human being. A lot of this helped me tell my stories, helped the writer in me.”

And love, among all of this, he says will be a theme that will dominate his films, perhaps forever. He concludes with a quote on love: “Pyaar ko itna mat bandho, itna mat dabaao ke woh mehenga ho jaye. Ek waqt mein woh khwaab ban jaata hai, jab ki pyaar toh sacchayi hai.” (Do not lock or constrain love in a way that it becomes pricey or overrated. Love isn’t a dream. Love is reality.