‘My Reputation Can Take Mudslinging’

Ramachandra Guha in conversation with Rahul Jayaram on the turf war over the Nehru Memorial Museum and Library in Delhi, which he believes is going down the drain 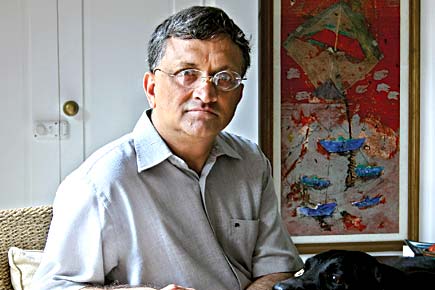 Ramachandra Guha on the turf war over the Nehru Memorial Museum and Library in Delhi, which he believes is going down the drain


Ramachandra Guha on the turf war over the Nehru Memorial Museum and Library in Delhi, which he believes is going down the drain

Q What is your key demand with regard to the functioning of the Nehru Memorial Museum & Library (NMML)? The key issue is the intellectual autonomy of the institute.

A In the 1980s and 1990s, NMML used to be a centre where some landmark historical and social science work was done. It was also a forum where
academics of varying ideological and disciplinary backgrounds worked and spoke. The only criterion to become a fellow or seminar speaker was strong scholastic credentials. That isn’t the case anymore. The robust scholasticism of that time needs to be brought back.

Q A lot of the criticism appears to be directed against NMML’s Director, Mridula Mukherjee. But hadn’t the rot set in much before her term began in 2006?

A Let me make it amply clear that this isn’t an attack on an individual. But the current director must take cognisance of the problems we’ve enumerated and take necessary steps. The decline of NMML had begun by the late 1990s itself. But the problems of the past can’t be cited for the neglect of the present.

Q You accuse the NMML’s current administration for the decline in publishing scholarly books and gathering archival material. But its academic journal, Contemporary India, sold only 29 copies in the last two years. Also, there were 70 seminars held since November 2006.

A The journal you mention was a tiny part of the NMML’s publication programme. In the past, the NMML published the selected works of our major nationalist leaders, both Congressmen such as Motilal Nehru and anti-Congressmen such as Jayaprakash Narayan. That series has been discontinued. Likewise, in the past, there were outstanding books published by fellows as well as fine books that emanated from NMML seminars. An even greater neglect is with regard to the acquisition of manuscripts. In the past, senior staff members would be regularly sent to all the cities and
towns to scour for valuable collections in private hands.

Q You’ve also charged the current NMML administration of being somewhat aligned to a party, as its auspices were used for the Congress Party’s youth wing meeting. However, it’s in the mandate of the NMML that it can be used for any activity involving the public which the director finds permissible.

A Never in the history of NMML has it been used for political activity. If it is now, it immediately sends a message that the institute has got a political connotation. And for argument’s sake, even if the NMML held a Youth Congress meeting, it no sooner begs the question, why was NMML given out as the venue when there are several areas in Delhi where such a meeting could have been held? Also, again for argument’s sake, with respect to the question of inclusiveness of the NMML, would the current dispensation allow NMML to be used for a BJP or an RSS meeting?

Q The Parliamentary Petitions Committee’s enquiry into your stint as part of a selection committee in 2005 to choose applications for fellowships in NMML has resulted in the suspension of the erstwhile deputy director, N Balakrishnan. It had found the selection committee had chosen candidates way after the deadline. How come?

A It is standard practice across universities and educational institutes in India to process applications even after the deadline has passed. Indeed, our own Prime Minister Manmohan Singh got a professorship at the Delhi School of Economics in the early 1990s, by invitation, not application. If the
fellow panelists and I had to pick candidates for the fellowships again, we would have chosen the same people, simply because of their strong
academic credentials. I think the whole thing of looking into the issue of my stint with the selection panel is a diversionary tactic, but I have nothing
to hide. Let the process continue till its end. My personal and intellectual reputation can withstand any amount of mudslinging.

Q In India After Gandhi, you utilised material from the Haksar Papers at NMML, which became off limits to others. AG Noorani took NMML to court over it. How come you got access to the Haksar Papers when others couldn’t?

A It was open for public access then. The curbs came in later. Indeed, I want those papers to be available to everyone. I do hope that all the private
papers in the NMML are made available to all scholars, rather than curbs being put, as is the case now.