How Viveka Babajee’s family handled the publicity after her death. And what happens next. 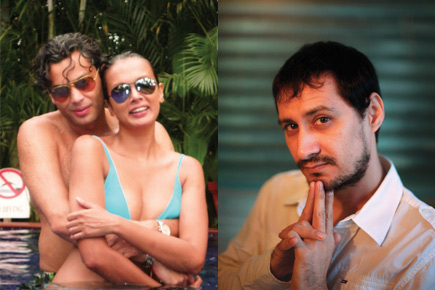 How Viveka Babajee’s family handled the publicity after her death. And what happens next.


In the frenetic week after Viveka Babajee’s death, stories circulated that depression had consumed the former model. Gautam Vora, thought to be her boyfriend, said they were only friends.

Babajee’s family attempted to clear the murk with a press release accusing Vora of lying. They unveiled pictures of the two holidaying—in poses that suggested intimacy. There were other pictures that Vora had mailed Babajee, said the release tantalisingly, but were too ‘disgustingly pornographic’ to be made public.

In another life, Bhagwagar was a journalist in Nagpur. Then, in the 1990s, he became a PR man for Bollywood actors. His office has pictures of him in a Superman tee and dark glasses; sundry reporters loom over him with cameras, microphones and voice recorders arranged in the close, claustrophobic way that implies a moment of national importance. Which, as it turns out, it was. The pictures were taken soon after Shilpa Shetty, known until then for dancing in a leopard print skirt, forgave Jane Goody’s racism. This meeting, he explains, was to defend his client. “In the UK, they got it. They knew Goody was racist and that Shilpa had forgiven her. But here they called it a ‘U-turn’.”

Bhagwagar has no qualms about doing stuff like releasing news of a hacker breaking into actress Meghna Naidu’s account  (she’s a client) and telling her Gchat contacts that she’s pregnant. “I’m ethical about it. I don’t make up stories like the others. I take the truth and add masala to it.” The Naidu story was headlined: ‘Hacker gets Meghna Naidu ‘pregnant’!’ He didn’t hold back on a Neetu Chandra photoshoot either, publicising her posed photographs with another woman as a male fantasy. Bhagwagar’s main concern is to convey news about the living and remind us that they are alive. Babajee’s case is different.

They were Facebook friends. “I didn’t know her personally. I only knew her when I saw her on Kama Sutra packets when I was in college. We used to admire her [long pause] figure. And her [another long pause] breathtakingly lovely waist. Years later, when I was on Facebook—about six months ago—I sent her a friend request with a message saying that ‘when we were in college we used to fantasize about you, and it’s nice to see you on Facebook so many years later’. She accepted, and that’s about it. We didn’t interact after that. I found out through the papers that the Kama Sutra girl had died.”

Later that night, he took to Twitter: ‘You were my fantasy. You made me use KS. RIP Viveka.’

On 28 August, two days after reports of Babajee’s death, Jatin Kumar, a producer Bhagwagar counts as a friend, called to say he needed help. Kumar had earlier called on him to publicise two movies he had produced—Champion and Aitbaar—and now he needed help again. “He asked if I had heard of Babajee’s death. I said ‘yeah, the girl we used to fantasise about from her Kama Sutra days’, and he said ‘Dale, shut up and listen to me. She was very close to me.’ She stayed at his place for two years like family when she arrived from Mauritius.” Kumar and Babajee had not spoken for two years, but Kumar made funeral arrangements while the family travelled to India, says Bhagwagar. Kumar explained how pushy the media had become earlier that day during the funeral. “The media was scaling walls, trying to take visuals and bytes of the family and friends. This upset them.” Kumar expected trouble at the choutha (ceremony on the fourth day after death) too, and asked Bhagwagar if he could manage the media.

On his arrival at the memorial, Bhagwagar found that the media had  scaled the walls. “I understand their need to get quotes,” he says, “but I dislike the way they go about it, trying to push their way through. So I told them that if you relax, chill a bit, step back, and don’t ask the family any stupid questions, I will try and get a member of the family to come out and give you some quotes.”

He warned them against speculative questions, as some reporters had popped at the airport on the family’s arrival, asking if they’d want Vora punished if guilty.

When the family left for Sharma’s place, reporters gave chase. Inside, the family wondered why they had to speak with journalists. The mother spoke with Bhagwagar instead, he says, telling him what she knew. She’d heard of Viveka’s depression via the media. She showed him the last SMS she’d sent her. “She was upbeat. They understand that something might have happened at the last minute. When they heard the depression theory everyone was writing about, they wondered why it was happening.”

Three days later, they released their first statement. Three days after that, they dropped the bombshell.

By the time I met Bhagwagar, the family had seen the postmortem report, and was awaiting others. The last time their spokesperson visited them, he saw them consulting a lawyer. “They were wondering how much they should pursue this case. Wondering about their course of action after the police finishes taking their statements. They met Zulfikar Memon [lawyer] – Majid Memon’s son.”

The case is far from over. “I couldn’t make a single mistake with this one,” Bhagwagar leans back, “This is not about promoting Don or Rock On!! ”

He says that the police will soon get two new statements. One of them, dramatic. “The media hasn’t known about this guy who Viveka considered her brother and had several discussions with about Gautam. She used to discuss her personal life with this guy…. there are points that link the entire case from around the beginning of May to the day of the incident. He knows about the talks she had with Gautam. He wanted to tell the family what he knew. But the family has asked him to contact the police directly. Now he says he’s going to talk to a senior police guy.”