It’s Not about Patriarchy 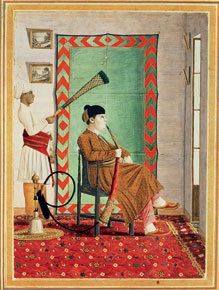 
Maybe it was inevitable, but it is still sad to see the protest around the death of the Delhi gangrape victim descend into empty gestures against song lyrics, Bollywood movies and patriarchy in general. By the standard dictionary definition, ‘patriarchy’ is a social system in which males enjoy a disproportionate share of power, often through masculinity merged with violence. It embodies a way of thinking and behaving, and is taught from birth onward through words, examples and rituals. This, we are being told, is the problem.

And yet almost all men in India are products of a patriarchal culture. That doesn’t automatically make them sexual predators, rapists or murderers. I am from Uttar Pradesh, and from a culture that is so patriarchal that it is almost a caricature. When my circumcision took place as a child, my grandfather and his brother stood on either side of the cot with unsheathed swords. After the chop-chop was done, I’m told there was blood and I cried a little. My paternal grandfather, overcome, asked me if there was something I wanted. I requested his double barrelled shotgun, and hugging it, went to sleep. It would be hard to outdo such rituals of patriarchy, merging masculinity with sexuality and violence. Freud, eat your heart out.

My mother’s side were no laggards in teaching me the tools of violence. My uncle gifted me my first air rifle at the age of three. I was too young to lift it, so for most of my life my sister was a better shot. For all I know, she still is; I haven’t been on a shooting range with her for years. When I was twelve, my maternal grandfather tasked my training to someone we knew, and I learnt how to use muzzle loaders, shotguns and my grandfather’s rifles. The piece de resistance was obviously his Holland & Holland .500 Express that he had picked up to shoot crocs in the river near one of our properties. It was also the rifle which was, no doubt, responsible for the tiger skin in the drawing room where he played cards with his friends in the evening.

In 2000, I was returning from Banda, my maternal home and a bastion of patriarchy, to Jawaharlal Nehru University where I was (not really) pursuing an MPhil degree. It was noon when the train reached Delhi, and since I didn’t have much luggage, I took a bus to the campus. It was too crowded to find a seat, so I stood leaning against the guard rail behind the driver and in front of the bus conductor.

As the bus passed Bhikaji Cama Place, one of South Delhi’s busiest areas, I heard some commotion. A woman was arguing heatedly with an older man. She might have been in her early thirties, and he looked about ten years older than her. I could just about make out that she was accusing him of groping her while they were standing. It was very loud, and getting louder, but nobody intervened. The man yelled out an insult, and the woman slapped him. After that, he hit her so hard that she was knocked into the laps of those sitting in the row parallel to her.

No one did anything, so I dropped my bag and pushed my way past the other passengers to stand between the man and the woman, lying prone behind me. As I did this, one of the men, presumably with the older man, slipped a large foldable knife half out of his pocket, showing me discreetly that there was a cost to confrontation. I figured that nobody would use a knife in a crowded bus; anyway, I was just trying to calm things down, my hands up.

Unfortunately, the older man was too wound up to be talked out of his fury. He asked me if I was trying to be a hero, and then, frustrated that he couldn’t reach the woman, grabbed me by the throat. I punched him, and he fell. He had two companions, both of whom were willing to use their knives in a crowded bus at a little past noon in one of the busiest parts of India’s capital.

I lost some skin and flesh off the back of my right hand, and another knife bounced off a silver cigarette case I had in my pocket—a gift from a patriarchal great-uncle.

Then the three of them waved their knives, forced the bus to stop, and ran away. I got off at the next stop, although I could have taken the bus all the way to the university. I was a bit shaken, and bleeding, and would have to miss my German Foreign Policy class—in which I was one of two students, with the other usually not turning up—if I was going to get stitched up. I thought I’d take an autorickshaw so I could at least inform my professor.

The woman got down as well, offering to help me, get me to a clinic. I wish now that I had at least asked her name. From the snap memory I have of her, I can only guess that she worked at an office, but not at a highly paid job, one that would force her to travel again and again on buses where her safety was in jeopardy, and nobody would say anything. To this day, I remain in awe of her courage, and the courage of others like her who continue to drive this country forward while it dismisses their needs, safety and concerns.

From my female friends who have studied and travelled in Delhi, I know that such cases are common. In the recent gangrape case, we have an extreme example. This cannot continue. We need a safer city, investment in safer public infrastructure, a police force that is accessible and capable of dealing with such issues. We need a political climate that protects the rights of its citizens, and not merely the privileges of its quasi-imperial rulers. We don’t need the crocodile tears of Jaya Bachchan whose political party fielded the highest number of criminals in proportion to any other, we don’t need the inanities of Sushma Swaraj whose political party saw the murder of pregnant women in Gujarat as a successful experiment in its Laboratory of the Hindu Rashtra, we don’t need the fumblings and mumblings of the Congress which continues to have those involved in the 1984 Delhi riots in high office.

We need a replacement for the Police Act we currently have, which was framed by the British in 1861 to keep Indians in check after the 1857 Uprising. We need a judiciary that recruits enough staff to try cases in time, instead of facilitating corruption by endless delays. We need a country where criminals are caught and crimes punished. These are political changes. Instead, we have the nattering of a civil society that prides itself on being ‘apolitical’ and whose major achievement so far is the cancellation of a concert by Yo Yo Honey Singh. The call to ‘End Patriarchy’ is a call to grumble about the ills of the world and feel satisfied with grumbling alone. The difference between that man on the bus and me so many years ago did not lie in our patriarchal upbringing. It lay in his criminality, in the passivity of his audience, in the lack of policing, and in the impunity that criminals enjoy. The rapists who killed the girl recently chose to do what they did. They made that horrible choice. They were not mere products of their culture. Nor do I think they were humming the latest sexist song as they did what they did. There is such a thing as individual responsibility. And governmental responsibility. There exists social responsibility as well, but if we focus only on the last, we will neglect the justice that is necessary and the reforms that have been delayed far too long.