If Not an Oscar, the Oscar Library Will Do

Indian filmmakers keep boasting about their scripts getting into the Oscar Library. But the library rejects no script that is sent 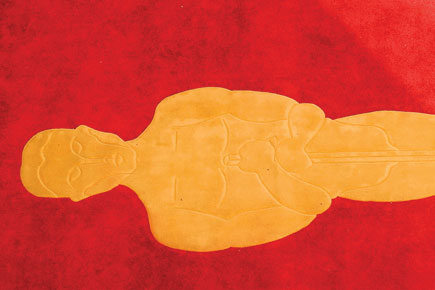 Indian filmmakers keep boasting about their scripts getting into the Oscar Library. But the library rejects no script that is sent


Soon after Subhash Ghai’s Yuvvraaj met its fate, he said the Oscar Library requested him to send the script along as a contribution to their collection. A news report had a ‘smiling Subhash Ghai’ quoted as saying, “Of course, the selection of the script of Yuvvraaj came as a surprise to me… surely, [it is] an honour that no one can deny. Let’s say it is my consolation prize for my hard work.”

Then there is Siddharth Anand, whose Salaam Namaste was deemed a work of good old-fashioned Bollywood inspiration, letting rip in Kolkata’s The Telegraph after his script was ‘invited’: “It’s a slap on the faces of all those people who wrote off Salaam Namaste as a Hollywood rip-off. With the Academy itself inviting the film, there is now an authentication of the originality of the script. I am very happy with the invitation.”

When Kabhi Alvida Naa Kehna made it in, an anonymous source told Businessofcinema.com how happy they were: “This is really a great honour for our production house. It is our second film and a privilege to be selected alongside Clint Eastwood’s Hollywood movie, Million Dollar Baby.”

While we’re at it, here’s one more—this time, Vipul Shah: “Yes, they have shown a keen interest in preserving the screenplay of Action Replayy. They send out the invites for those films which they need for research purposes. Even earlier, a copy of the screenplay of Namastey London was shared with them when they had expressed their desire for it. I am glad that they feel Action Replayy is worthy enough for students of cinema to read and learn [from]… It only shows how detached quite a few of our esteemed critics are from the real content of cinema… Now that the Action Replayy screenplay is going to the Oscars library, it is definitely a redemption of sorts.”

To be invited by the library is actually nothing of the sort. The Margaret Herrick Library is called the Oscar Library because the Academy of Motion Picture Arts and Sciences, which hosts the Oscar awards, also happens to run the library. Any script sent gets in. Getting ‘invited’ is not an honour either. Any movie released in Los Angeles, hit or flop, well made or otherwise, is automatically invited. But then, Bollywood is an endless con, and where there’s a con, there’s a sucker. The Oscar library is one of its more blatant plays, and the sucker is usually the reader, or watcher, or whoever else equally impressionable.

The CEO of UTV Motion Pictures, Siddharth Roy Kapoor, who recently co-produced Sanjay Leela Bhansali’s Guzaarish (also invited), when asked, replies that the invitations have no effect whatsoever on the valuation of movies. “It’s just a prestige thing,” he says, “They invite only a few movies.”

Why would they invite Yuvvraaj? I ask.

Media outlets have proclaimed that ‘the makers of Action Replayy have a reason to smile’ (Bollywoodhungama.com), that ‘Priyadarshan has enough reasons to celebrate. His latest Khatta Meetha is an above average hit and the film’s screenplay is going to the Oscar library!’, that ‘Khelein Hum Jee Jaan Sey might have bombed at the box office but it will soon be a part of the prestigious Oscar library’ (Ndtv.com), that ‘after having won everyone’s hearts with not just its simplistic storyline, but also its lilting music, Kismat Konnection will surely have a field day at the Oscar Library too!’ (Bollywoodhungama), that ‘whether it worked at the box office or not, Leena Yadav’s debut Shabd, starring Sanjay Dutt, Aishwarya Rai and Zayed Khan, has been selected for an honour which only seven movies from India have received so far’ (Sify.com), and that ‘Subhash Ghai’s Yuvvraaj has just garnered the most prestigious honour from the Library of the Academy of Motion Picture Arts & Sciences for including Yuvvraaj as a part of the Oscar Library’.

I call up a librarian at the Oscar Library to ask how I can submit my movie.

“Well, has your movie been made and released?” he asks.

“Well,” he assures me, “you could send it over with a letter.”

To be doubly sure, I ask if there are any conditions. He says it is unconditional. They accept everything. Is it true that they ‘invite’ films to the library? Yes, it works like this: if a Hindi movie releases in Los Angeles, they issue a request for the script. “We pursue screenplays for films showing in LA. Because these are films people want to study.”

“It’s a library!” says the scriptwriter of one of Bollywood’s biggest 2007 hits—which was invited to the library. “Their bloody job is to collect things. It’s like the library at FTII (Film and Television Institute of India). Agar library ikathha nahin karegi, toh kya karegi?” (If a library won’t collect, what will it do?)