Amid pauses longer than his answers, the superstar with a conscience responds to criticisms of his new TV show and talks about measuring success by the number of hearts he touches 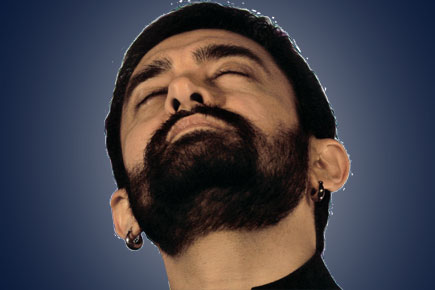 Amid pauses longer than his answers, the superstar with a conscience responds to criticisms of his new TV show


Aamir Khan looks to his right. A minute passes. Unable to find a suitable answer in that direction, he turns to his left. Another minute of complete silence. He then employs his right hand—the thumb, forefinger and middle finger clasping each other and coming to rest on his lips. Even in that, an asana of thought, there is no indication of an answer.

What am I to do? Do I provide him with an answer, or do I move to the next question? Or do I simply wait for him? What is the correct protocol for dealing with a question that halts Aamir.

The question wasn’t intended to have this effect. I merely want us to get started. I’d asked: “Is there anything you would like to alter about Satyamev Jayate?” But it has made him ponder. Which has made me ponder. I decide it is better to wait. Suddenly the hand drops. Ah, he has found the answer. Like a sprinter at the starting line, I ready my pen over a blank page in my notebook. He meets my gaze. His brows and the large bags under his eyes collude in a serious expression, and he says, “No, not quite.” Then he arches back into the large couch smiling, a smile that is either good-humoured or mischievous.

I had walked into Aamir’s house, in Bandra’s Pali Hill area, 15 minutes before the scheduled interview. He wasn’t home then, and I was ushered into his study, a large room with maroon walls. If the room is any indication of his mind, it’s a jumble. The floor is strewn with cartons and bags. Later when he returns home, he says, hands on hips, “I can never get this room clean.” On one of the walls is a framed poster of Mughal-e-Azam, on another, a large painting of a human face in black and white. The painting bears the name of the artist, signed in capital letters—Salman Khan.

Aamir has been away the whole day, working with director Reema Kagti on editing his forthcoming film Talaash. When he walks in, on the dot of the appointed hour, he is dressed in jeans and a T-shirt that matches the colour of his grey cap. A maid trails behind. She is carrying a diet cola in one hand and a large glass filled to the brim with ice cubes in the other. The table in front is stacked with plates of pies and croissants, but he refuses to touch any. Holding his tummy with his hands, by way of explanation, he says, “Dhoom 3”. Then he clarifies, “I can’t. I am on a diet for Dhoom 3.”

When Aamir speaks, the voice that emerges is exactly like it sounds on screen. It is cultivated and genteel; the words are well articulated, with the inflections and intonations of a seasoned actor. You’d think Aamir had walked out of the screen into this room. When he emphasises the point of his show as “connecting hearts… jo dil ko chhoo de (one that touches hearts),” he comes close and draws an imaginary thread between his heart and mine. In these moments, he looks exactly like in his films.

Perhaps because it is a question all too common now, or maybe because he understands the brute force of repetition, when I ask Aamir about the response to the show, he says, “It’s been a dream response.” It is a statement he continues to repeat. Verbatim. He had used the very same words to another news magazine a month ago, after the first show had aired. “Across the country, from Kanyakumari to Kashmir, across cultures and socio-economic classes, the show has been able to connect with people. I couldn’t have asked for anything more,” he says. With no prodding, he reveals that a second season of the show is already being considered. But he is unwilling to commit that there will be a Season 2 for sure. “If the response continues, we will take a call at the end of the show. If people like it, why not?” he asks.

He wouldn’t change anything about the shows that have aired so far, Aamir says, and almost immediately slips into another reverie. And then, emerging, “Maybe one thing… (pause) in the episode of marriage”. When I ask him if he means the show on dowry, he rebukes me and says, “There, even you are saying ‘dowry’.” He says people keep referring to that episode as the one on ‘dowry’, when it was actually one on ‘how to have a happy marriage’. “Dowry is an integral part of that show, perhaps the central focus. But I think I should have emphasised the point that one needs to spend time and energy not just on a wedding, but also in learning about the partner one will get married to. There, that definitely needed some focusing on,” he says. Keep wondering if that might have made a difference to how you remember the show, but perhaps it is the fussy focus on nuances like this that earns him his moniker of Mr Perfectionist.

Aamir is extremely affable and courteous. He smiles at questions before answering them, and here and there, when a common acquaintance is found, an ‘Oh’ forms on his lips. But he is also a superstar. And a star, by definition, exists on its own, from which lesser bodies derive their light. One sees traces of the superstar in the manner he often chuckles, and ends his answers with one-liners such as: “After all, wedding is for a day, marriage is forever.” He clearly enjoys his lines. “Remember that sentence I made,” and with a click of his fingers, he says, “Aap shaadi ko atom bomb mut banao, ki woh ek din mein ud jaye. Agarbatti banao, zindagi bhar uski mehek aati rahegi. (Don’t make your marriage an atom bomb that will blow up in a day. Make it an incense stick that will continue to lend fragrance to the rest of your life.).”

It is perhaps not so strange, but when I play back the tape of the interview, one that clocked over an hour, I find the biggest contributor to the conversation was not his answers, nor my questions, but the long drawn out pauses. They are present everywhere—in the silence after a question, in the pauses punctuating an answer, there are pauses even between his ‘hmm…s’. Aamir is not as much guarded as he is ponderous. He considers every question equally, ruminates over answers, however simple the question may appear to be.

Much of the conversation centres on Satyamev Jayate, a subject on which he speaks easily and at length. Four years ago, Uday Shankar, CEO of Star India, approached Aamir with the idea of a game show. The actor turned it down, saying, “I don’t want to do a game show. I want to do something dynamically different.” He tells me that stayed with him, the idea of a show that would be ‘dynamically different’ and would connect with people’s hearts. “I continued to think about it, and slowly this idea was conceived.”

During the course of the interview, as he sits on a couch with his legs tucked under him, there are moments when his answers are prompt. These invariably have to do with the negative reactions to the show. Is Aamir an entrepreneur, who with Satyamev Jayate has hit upon a show that makes social ills a market to cater to? “So I am not supposed to make shows on these subjects because there is a market for it? Earlier people said such a show would be boring and it would never work. Now that it has, they are turning the question on its head,” he says, and chuckles at this perceived double standard. “Even in the beginning, there were some friends who were doubtful whether such a show would be successful. But my idea wasn’t about success; it was about connecting with people.”

In the course of the past few shows, a number of criticisms have emerged. Notable among them were a Rajasthan minister criticising the actor for ‘sensationalising’ the issue of female foeticide cases in the state and the Indian Medical Association asking him to apologise for generalising and defaming the medical profession in India. “I am not surprised by the criticisms. I knew the shows would upset a few, and these would be mostly people who have interests in maintaining the status quo.”

But Aamir has been a recipient of not only these criticisms. He has been ‘trending’ and dividing people both in the virtual and real worlds. Some are smitten by the goodness of his soul, for others he is simply a middle-aged actor trying to build the brand of a star with a social conscience. Why does he cry so often during the shows? Does he really care? Aamir’s response is straightforward. He says he is not an activist, nor does he aspire to be one. “This activist image is not something I portray, rather it is an image others have of me. I am simply a communicator. Yes, I want to bring about awareness of these issues, but by bringing to the show real activists and solutions that might have been found.”

“And,” here his voice acquires a steely tone, “I cry because their stories are moving. In fact, I’m a lot less emotional in what you see compared to how I was then. There have been times when I have broken down and been unable to continue. All this has been edited out.”

Another pause ensues. When he emerges from it this time, his voice has lost its rasp and acquired a chuckle. “Because on TV, you can’t be silent.”