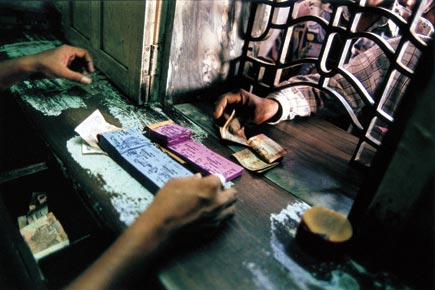 
How does a film become a hit? Is there a foolproof method of knowing if a film is a blockbuster, especially when its makers advertise its box-office figures?

For Mahesh Bhatt, who produced Murder 2, the first Friday matters a great deal. In fact, the first few minutes of the first show are vital. “Seldom does the performance of a film deviate from what reflects on its first day because in this age and time, if a film doesn’t open [well] you are dead like a parachute that doesn’t open. You end up with no option but to jump off the plane,” chortles Bhatt. Murder 2 was what film insiders call a ‘confirmed’ blockbuster. It made Rs 52 crore, over seven times the producer’s investment of Rs 7 crore.

The size of a film doesn’t matter. If the movie recovers its production costs, which usually includes an astronomical fee for stars, it is seen to have done well. Ready, for instance, had a Rs 40 crore budget, and ended up earning Rs 179 crore worldwide.

The road to a hit film—ensuring box office success—has occupied Bhatt’s mind for a while. Once an edgy young filmmaker, Bhatt turned his back on critically acclaimed gems such as Arth and Saaransh to tend to films with broader appeal. His strategy is simple: low-cost, high-return. “A mass film appeals to a diverse group of people—from a rickshawwallah to an investment banker. My products don’t cater to a privileged niche.” The only measure, in Bhatt’s words, is the public. “In the world of commercial cinema, it’s the measure of money that counts. It’s the public which shells out its hard-earned money to buy tickets. They decide if a film will do well.”

Within a few weeks of Ready’s release, the film’s makers put out a poster announcing that it had crossed the Rs 130 crore mark. While the use of box office numbers as a marketing aid is questionable, for insiders, figures like these are tempered by the knowledge that production costs are immense.

Producers speak of diminishing box office returns because India isn’t—to paraphrase it—strictly a movies-and-cricket country anymore. There are more TV channels than ever before. And yet this fragmentation has opened up more opportunities. For this reason alone, films no longer live and die at the box office.

Siddharth Roy Kapur, CEO, UTV Motion Pictures, says, “A decade ago, the theatrical share accounted for the majority collections. Therefore it was there for the world to see whether a film is successful or not because one generally knew theatre collections. Today, it’s difficult because theatre collections are down to 50-55 per cent of the total revenue of a film. Revenues from satellite-to-home video and overseas rights account for almost half the revenue of a movie today. In such a scenario, it becomes impossible to pronounce a film a hit or flop only on the basis of its theatrical performance.”

A frequently overlooked part of the industry’s revenue streams is DVD sales. Even with piracy prevalent, this stream bolsters revenues for new movies, and brings old movies to light. Jaane Bhi Do Yaaro, for instance, was not successful when it first released. Over the years, its DVD sales have picked up. Internationally, too, films ranging from Citizen Kane to Chinatown—especially those by masters such as Akira Kurosawa, Satyajit Ray, Ingmar Bergman or Jean Renoir—have seen a sharp rise in their DVD sales. Upon its release, Citizen Kane was declared a flop, probably the most famous flop ever. In some cases, a film tanks in India but works among desis on foreign shores. The makers of Kambakkht Ishq had once tried cashing in on that theory.

I spent half a day with a trade analyst, Atul Mohan, to understand how things work in the trade business. Atul has been associated with Complete Cinema magazine for more than a decade. Ajay Devgn’s Singham had opened the day I met him. His phones ring and buzz constantly as contacts relay their numbers. “The figures have started coming in,” he murmurs to me as he speaks to a distributor in casual Hindi. “Jaipur, Delhi, Kanpur, Lucknow,” he scrolls the new messages to show me on his mobile. These are the towns from which distributors have given him figures. These numbers indicate how Singham’s first shows have fared across the country. Judging by the figures, the response has been mixed.

And yet, the figures are only representative. Tanuj Garg, now CEO of Balaji Motion Pictures, and once a journalist, puts the blame squarely on misinformation. “The absence of a central data collection agency compels the media to rely on the producer/ distributor of the film to provide box office data. How authentic that data is is anybody’s guess. A lot of misconceptions in the consumer’s mind also stem from ignorance in a section of the media that does not understand the film trade’s distribution and billing process. Few would know the difference between ‘gross’, ‘net’ and ‘share.’ This leads to faulty reporting, so it’s hardly fair to blame the consumer for his misconceptions, given that he is merely absorbing what he reads in print.”

“You need to understand that most people confuse gross with net,” Atul says. “The figure you see on a film’s poster is gross. That’s not how much the producer may have taken as his actual earnings. Sometimes the star walks off with a bulk of the money because his share is too high. In that case, how do you know how much the net profit is?”

Which means that trade analysts, despite their connections, provide figures that aren’t entirely accurate. This would require releasing detailed financial statements, a task Bollywood isn’t known for. The hesitation comes from old family practices as well as a guarded approach to talking about financial issues, given the film industry’s murky dealings with the underworld.

The rise of the corporation in Bollywood—more open, financially, if not always streetsmart—has meant that billing and accounts are more transparent than they have ever been.

However, there’s a perception that the corporates airbrush reality to suit their needs. That they manipulate figures on posters to make films seem more successful than they really are. Bhatt says, “We are in the money-making business and the corporates know it as well as we do. They have deep pockets, but are answerable to their shareholders. As far as I am concerned, I am only answerable to the public. I am in the audience-gathering business. My credo is clear: it’s like the spider… why does the spider weave a web? To catch a fly. Why do I make a film? To get an audience.” However, Bhatt denies that there is any manipulation of figures, and insists that he is certainly not party to such fudging.

Kapur dismisses any suggestion of manipulation in corporate production houses, maintaining that its fair-play in most places. “I think it’s very easy to take a shot at listed corporate houses,” he says, adding, “At the end of the day, when you are listed, you are held accountable to shareholders, and there’s that much more transparency. Every listed corporate follows Sebi [Securities and Exchange Board of India] rules, gets an independent audit, and maintains books. The stakes are too high to indulge in manipulation. For an independent producer, it may still be easier to do that because he is not obliged to reveal the numbers.”

Does this alleged manipulation, talked about often by film insiders, also apply to balance sheets? Atul volunteers, “There’s a lot more transparency than before. The corporates have to account for every single rupee spent. It’s a big business and they cannot afford to mess around. In fact, every producer today maintains a book of accounts. There are specific bank accounts opened just for a film. So, there is a record from project to project.”

Observes Tanuj of Balaji, “It’s a perception-driven industry, but when you are in the business, you know when someone has tried to inflate figures to create a false image about a film’s box-office performance. The problem has to do with the absence of a single data collection service in India, like Rentrak in the US and UK. As a result, every trade outlet is seeking figures through its own mechanisms and sources, giving rise to a host of figures floating around.”

Trade verdicts are often written off as ‘influenced’. Recently, a section of the trade was divided over whether Delhi Belly is a bigger hit than Bbuddah… Hoga Terra Baap. With such conflicting opinions, is there a possibility that the trade has its own favourites or ‘camps’, the Bollywood expression that represents which power centre you are closer to—Aamir Khan or Amitabh Bachchan?

The popular two-India maxim, championed by intellectuals and politicos, extends to the film trade too. A film that works in a big city multiplex may not do similar business in a small town. Similarly, while the figures of multiplexes in big cities can usually be relied upon as accurate, ticket sales from the smaller towns are susceptible to manipulation in the absence of a sure-fire method. Says Kapur, “UTV is a studio that distributes its own films. We are quite sure of how much our films earn, and we project them correctly. With multiplexes, it’s all computerised, so you know those numbers will be what has pretty much been reported. In smaller towns, this is a problem. The best sources for finding out how a film has fared in a small town are trade magazines.”

Bhatt says trade magazines can be trusted to produce accurate numbers. “The figures my brother Mukesh gives me a day after the weekend and the figures I get from respectable trade magazines are almost same. It will be 10 per cent here and there, at most, and that too because of genuine human error. Times have changed from the dark ages when you would never know anything. Now, we are beginning to see. But as they say, nobody is blinder than the person who’s unwilling to see.”