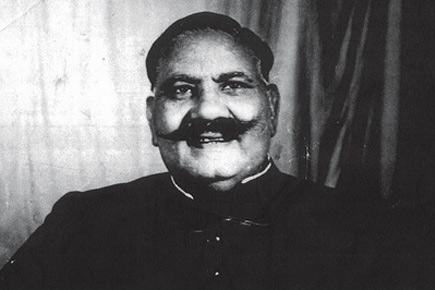 
To connoisseurs, the late Ustad Bade Ghulam Ali Khan was a musician with tender emotions. To his disciple Malti Gilani, her guru is the guiding star behind her foundation for the welfare of musicians, named Bade Ghulam Ali Yaadgar Sabha. Having become the maestro’s shagird in the early 1960s, when the Ustad was struck by paralysis, she recounts the raison d’etre behind her venture. “At his behest, instead of erecting a monument, we created a corpus of funds to help musicians in their hour of need. Top-class artistes come forth to augment the fund-raising work by rendering concerts.”

The tender association of ageing guru and youthful shishya lives on as an evergreen memory for Malti, as she became a gainda bandha shagird in Calcutta where Khan Sahib had voluntarily taken up residence on leaving Pakistan. “In 1948, after a recital over the Lahore radio station, the director told him he should have sung about Rahim instead of Rama. The Ustad retorted that he sang as the creative urge of the music took him. Tearing up the honorarium cheque, he walked out of the studio, never to broadcast again from there.”

The Calcutta and Bombay music circuits welcomed his arrival. Yet, he never forsook his riyaaz. Malti recalls that his legendary ability to interpret sounds, particularly nocturnal ones, could be traced to an episode in his boyhood. Having lost his father and uncles quite early, his musical future seemed doomed. With stubborn determination, the young singer began retiring for all-night riyaaz to a deserted monument beside the Ravi river, near his native Kasur. This soon attracted his first-ever ‘fans’, a motley crowd of singers, instrumentalists, fakirs, shairs, dervishes and friends, all spellbound by the power of his music. Singing through the night, her guru developed tremendous singing stamina.

Later, when he met painter MF Husain in Bombay, the duo began a painterly musical recital, as Husain painted the maestro singing in great abandon and complete command of voice and surroundings. Yet, says Malti, “There was no hint of ego and that is what makes him live on in our midst so fondly.”