A Passage in Kolkata

Kolkata’s Park Street is the most iconic road in India. Bridging the gap between Warren Hastings and Buddhadeb, it is a celebration, and, alas, a tragedy. 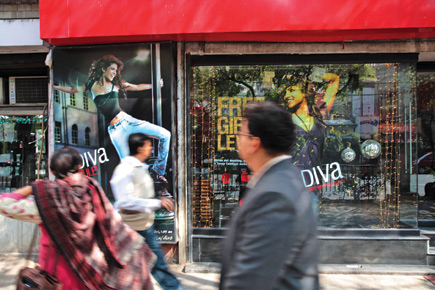 Bridging the gap between Hastings and Buddhadeb, Park Street is a celebration, and, alas, a tragedy.


It is a road like no other. Its origins as ‘Road to Old Burial Grounds’, nearly 250 years ago, were ignoble indeed. Haunted by ‘thugs and rascals’ and used mainly by hearses and carriages carrying the bereaved, this road in Calcutta metamorphosed by the turn of the last century into South Asia’s prime ‘good life’ destination, before hitting turbulence in the late 1960s. Now, it is a ‘sarani’ (lane). Steeped in memories, Park Street’s plebeian present haunts it, and is something the street and its stakeholders desperately want to shake off. Few other streets in the world have perhaps changed character so dramatically over two-and-a-half centuries as Park Street-turned-Mother Teresa Sarani has. Neon signs are still aglow and an empty table would be scarce at all the 25-odd restaurants and pubs there on any evening, but Park Street is no longer the destination it was. It’s just a thoroughfare. Though, to be fair, one that still manages to entice, even if not as forcefully as it used to.

It is a road like no other: it is a corridor that connects British-era Calcutta—with its grand colonial structures—with the more recent and rundown Kolkata. Driving down Park Street from west to east is like witnessing the city’s transition from its magnificent past to its proletarian present: the glittering shop fronts in the grand old mansions slowly give way to smaller establishments in decrepit structures. The fine restaurants make way for pavement food stalls and biryani outlets and, ultimately, the road reaches Park Circus area in which are nestled unsightly slums.

Park Street has many firsts to its credit—apart from being the birthplace of India’s first nightclubs, Park Street also housed the subcontinent’s first department store, Hall & Anderson. “A two-storey structure where everything from crockery to carpets and imported suits were available,” remembers Flower Silliman, 80, who is among the few remaining Jewish residents of Kolkata. Magnolia had India’s first ice cream outlet and introduced the country to hamburgers. “The mansions housed restaurants and upscale shops on their ground floors and big apartments on their upper floors. Park Street thus became a very fashionable area where the rich used to reside and which the elite of Calcutta would frequent to shop and dine,” says Silliman. She used to live on Park Street and has been witness to the changes the street has suffered. “Park Street was the epitome of gracious living,” she adds, nostalgically. The road cradled classy evening entertainment in South Asia.

“The rich, famous and beautiful people from all over the country and even as far away as Lahore used to visit Park Street to drink, dine and dance at the restaurants here. The best year-end revelries in the entire Subcontinent used to take place here,” Nitin Kothari, owner of Peter Cat and Mocambo, two of the oldest and most famous restaurants in the area, tells Open. Kothari, who also resides at the iconic Queens Mansion on Park Street, remembers the days when only the upper crust of Calcutta’s society would “dare to walk down Park Street”. “People would dress up to stroll down Park Street,” he reminisces, “To be seen on Park Street added to a person’s social standing. Ladies with parasols and gentlemen with umbrellas and suits or dinner jackets promenading down this street used to be a common and expected sight.”

Mocambo was, in fact, independent India’s first nightclub, where a 17-year-old chanteuse named Pam Crain belted out numbers with a six-piece band led by Anton Menezes. The standards set by the restaurant can be judged from Kothari’s words: “A German architect designed the interiors and my dad got an Italian chef flown down to design the menu. Kitty Bryanan, a British fashion designer, made the dresses that Pam Crain used to wear at Mocambo—they were mermaid-like, flared at the bottom—while the dance floor was of reinforced glass imported from Belgium, with coloured psychedelic lights below. Only the crème de la crème would dine there, and dinner jackets were mandatory.” Down the corner at Moulin Rouge, Carlton Kitto, one of the most popular jazz guitarists of the city, would enthral diners for hours. French lady Delilah used to own the place and would sing along with a band called Carlton Kitto Ensemble. Cancan dancers flown in from Mexico and Europe used to entertain patrons later in the evening. Louis Banks, Usha Uthup, Skinny Alley, Marie Samson (Australia’s famous jazz vocalist) and Braz Gonsalves were regular performers at Trincas, Blue Fox and other restaurants on Park Street.

But the beginnings were relatively dour. An unpaved road that connected Fort William, the seat of the British military, to three cemeteries a few kilometres away, the ‘Road to Old Burial Grounds’ once passed through wastelands which, by the 20th century, were carved into big plots on which stately mansions were built by rich Armenians and Jews.

Later, the road took its name from a deer park at the residence of the infamous Sir Elijah Impey, Chief Justice of British India’s Supreme Court. Along with its new name, the road changed character completely to evolve into a boulevard of sorts. “It was glorious. People would come down from all over the country to dine at these places and they would talk about it for weeks afterwards. I can’t think of any other street in any other city that was so completely about the good life,” remembers writer Bachi Karkaria, who grew up and worked in Calcutta. “A few of Park Street’s restaurants still serve good food. But that graciousness, that class of diners, the genteel way of life is all gone. Park Street’s air of stateliness has vanished. It was a multipurpose street with pharmacies, dressmakers, general stores, hairdressers, saddlers, jewellers and other establishments doing roaring business beside the famed restaurants. Now, only the restaurants remain, and banks and other offices have replaced most of the other establishments,” sighs Silliman. It was not only dances and live entertainment that made Park Street restaurants such big draws.

“Food at all the restaurants was, without exception, excellent. The continental fare served at the eateries was without parallel in India; such outstanding dishes were not available at even the five star hotels of those times,” says Karkaria, a foodie herself. The chicken a la Kiev at Mocambo, lobster thermidor at Blue Fox, sizzlers at Moulin Rouge and the legendary prawn cocktails at Sky Room were to simply die for, say old-timers. Sky Room’s prawn cocktails would be packed in ice and flown to Delhi for Indira Gandhi! No mercantile firm or corporate house—India’s biggest ones used to be headquartered in Calcutta—would hold its board meeting on Tuesdays: Sky Room used to be closed that day!

But restaurants, as Silliman says, didn’t make Park Street. This boulevard was also about the grand cemetery—an open-air museum of neo-classical, funerary sculptures with pyramids, mausoleums and tomb statues—and other establishments like the Asiatic Society, Bishop’s House, St Xavier’s College (the only institution on this road that has bettered its reputation), the once-grand-now-derelict Murshidabad Palace and other business establishments and shops on this road. It was, and still is, an eclectic mix.

The reasons for Park Street’s decline, for its fall from grace, are also the reasons for Calcutta’s loss of pre-eminence. “The migration of the Jews, Armenians, Anglo-Indians and Parsis from Calcutta robbed the city of its cosmopolitan culture. And then came the Naxals, followed by the communists who destroyed all the glitter in Park Street and Calcutta,” says Silliman. Many establishments were held hostage by militant trade unionists and closed down. Stringent taxes on live entertainment choked the vivacious evenings at Mocambo and other restaurants.

Rejuvenation is the new byword on Park Street. Just, by the way, as it is for Kolkata and West Bengal as well. “We’re trying to get the lost glory back on Park Street. We’re trying to make the street more beautiful and pedestrian friendly, liven it up and make it an attractive destination,” says Monica Bhargava of Society for Park Street Rejuvenation Kolkata (Spark). The effort includes sprucing up the old buildings and giving the road a new, fresh look. But, says historian Barun De who grew up in an apartment on Park Street: “Park Street has come to acquire a totally different character from what it was in the past. It was a genteel street that was systematically destroyed in the third and fourth quarters of the last century. I don’t see how change, as people are talking about, is feasible.” Many others also voice their reservations over the rejuvenation efforts. “Sprucing up just one street in a city famous for its dirt and squalor will make no difference,” says Suresh Raina, a resident.

The character of the whole city has changed. Kolkata is no longer Calcutta. Park Street cannot be revived without the revival of Kolkata, and Bengal. With slim chances of that happening, Park Street’s turnaround appears improbable. After all, it is now a sarani.