A brief introduction to the league of extraordinary sportspeople. Like Tendulkar, they are the unforgettables, possibly the inconquerables. 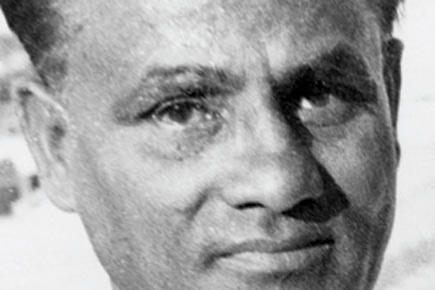 A brief introduction to the league of extraordinary sportspeople. Like Tendulkar, they are the unforgettables.


A brief introduction to the league of extraordinary sportspeople. Like Tendulkar, they are the unforgettables.

Widely regarded as the greatest hockey player of all time, the legendary centre-forward, known for his goal-scoring prowess, took India to three Olympic golds in 1928, 1932 and 1936; offered (declined) citizenship by Hitler for his exploits in the 1936 Berlin games.

Seven-time Formula One World Drivers’ champion; holds records for most championship wins, race victories, fastest laps, pole positions, points scored and most races won in a single season. In 2002, he became the only driver to complete an entire season finishing 1st, 2nd or 3rd in all races.

Finished first (with Pele) in an online poll for FIFA Player of the Century; scored 34 for Argentina, including the unpenalised Hand of God goal and the mesmeric 60m weave through six England players (1986 World Cup) to net The Goal of the Century.

Youngest ‘undisputed’ World Chess Champion at 22, he was rated world No 1 (Elo rating system) almost continuously from 1986 till his retirement in 2005; ranked No 1 for a record 255 months, nearly thrice as long as his closest rival, Anatoly Karpov.

Won the Tour de France a record seven consecutive times, from 1999 to 2005; has survived testicular cancer, a tumour that metastasized to his brain and lungs in 1996.

Three-time World Heavy Weight Champion; after turning pro, he went on to become the first boxer to win the lineal heavyweight championship three times; only five losses in his career, while amassing 56 wins (37 knockouts and 19 decisions).