Against ‘the Rape of Indian Sports’

The man who forced the powerful BCCI to become more transparent has now filed a public interest litigation against almost all major sporting bodies in India, demanding that they come clean. 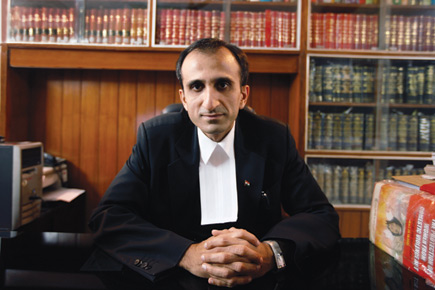 The man responsible for making the BCCI transparent is now going after all major sporting bodies in India.


Chamber 216 is at the end of a long passage in the Delhi High Court. Its walls are lined with law books. There is a large old wooden table, the kind that makes you want to write with a fountain pen. Rahul Mehra, a 36-year-old father of two and a litigation lawyer, is too old to be out of place in a chamber like this, too young not to think about sports. More precisely, about why Indian football cannot have the same profile and following as Manchester United.

There are many Indians who feel that way, but Mehra, son of senior criminal lawyer RD Mehra, is doing something about it. In 2000, he filed a public interest litigation (PIL) against the Indian cricket board questioning the body’s right to be so secretive about its affairs. He won. Now the Board, though a private body, is accountable to every citizen of India. Any Indian can ask the Board questions or demand information that is of import to the general public.

Mehra would make a fine Sherlock Holmes. He is tall and slim. He has a receding hairline and an aquiline nose. What he wants from the court is elementary. He wants the right people to run sport and run it effectively. He wants officials to be elected for specific durations and not long, random tenures that are the norm in India.

“It is a clear-cut objective,” he says in a voice that resembles Saif Ali Khan’s. “I’m sick and tired of seeing the way every sport is molested and raped by people administering it, and I say this with utmost responsibility.”

In a country where even personal disputes languish for years in court, wouldn’t a case involving several organisations take forever? Mehra’s reply is on the tip of his tongue and out before the question is completed. “Rome wasn’t built in a day.”

The grand delivery of the statement and its rookie idealism amuse you a bit. You realise, though, that it shows a willingness to fight a long battle. Mehra’s acquaintances say that this quality makes him a tricky opponent even for powerful bodies like the BCCI.“It’s very detailed,” says Bishen Singh Bedi of Mehra’s working style.

“Whatever he does, he does 100 per cent,” says lawyer Abhimanyu Mahajan.

When he is in an argumentative flow, Mehra can get dramatic. “The court asked me to give the Board some suggestions. I gave them a Bible. If they follow everything in it, Indian cricket would be on top for 500 years,” he says. For a man who can be so cocky, he is also particular about how a guest is served tea. He censures his assistant for serving it in a glass and not a cup. Depending on what he is saying and what is happening around him, his mannerisms keep changing, but what is consistent and palpable, is his outrage at the condition of Indian sport. His sincerity comes through. As he says in his 70-page writ petition, ‘The petitioner is a sport lover who is distressed and alarmed at the manner in which the organizations, recognised as apex bodies for their respective sports, are functioning.’

Mehra says, “I cannot understand why India cannot have a world-beating football team, I cannot. It is such a big country. There are huge regions, like Goa, Manipur, Bengal, where football is a religion and foreign clubs like Manchester United are idolised. The only reason is we don’t have the right people running the sport. I don’t think it is difficult to run a sport. But everyone is busy protecting his fiefdom.”

The writ petition seeks to ensure that federations ‘do not function as the private empires of some politicians, businessmen and/or traders who have come to control it (sic) and abuse it for their own interest and profits.’ (Brief digression: it also has archaic headings such as ‘Most Respectfully Showeth’). The target of Mehra’s outrage are the interminable tenures of administrators like the boorish Suresh Kalmadi. The petition contains a list of sports bodies and the number of years their bosses have been in office. As per the table, VK Malhotra has been the president of the Archery Association of India for 31 years. Kalmadi has been president of the Athletics Federation of India for 21 years and the Indian Olympic Association for 14 years. If only India’s medals column were as impressive.

Was it legally possible to defeat a system in a country where justice is slow in coming, if at all? “I think it is quite possible,” Mehra says. “It is just that nobody has ever challenged the federations.”

Much of Mehra’s confidence stems from the victory over the BCCI, achieved in 2004 after a four-year battle. “If I could do it against so powerful and cash-rich a body, I can do it against the others,” he says. “My goal is to at least get the matter in the public domain. Then they (the federations) will think ten times (before any mischief). I want the federations to be under RTI (Right to Information Act). They weren’t under it when I filed the petition. Only IOA was.”

Mehra says his case against the BCCI was “traumatic” for the delays in justice and not the Board’s pressure tactics, which could not be wished away. He says the Board tried to lure him into withdrawing. “They said, ‘We’ll take care of you. You’ll be one of our guys’.” Then they tried intimidation. “There would be calls late in the night. I didn’t think much of them. My logic was if someone wanted to harm me they would do it and not warn me. Also, I was not married at the time.”

Mehra says the BCCI then tried to hurt his career. “They tried to malign me in front of the Judiciary by filing contempt petitions against me. I said to the chief justice of Delhi High Court, ‘If you think I’m a guy who is doing this out of personal vendetta, send me to jail from here’. But I’m not going to reply to their petition. The honourable judge said, ‘No, Mr Mehra, please continue.’ They (BCCI) did everything they could. Unfortunately for them there are some people who are driven by passion. The court saw that I meant well and had no agenda.”

Mehra’s friend Gautam Mehta says, “Rahul is a cricket nut. We have travelled together for matches in North India. Some of the former players and administrators knew him and the BCCI case. You could sense that they admired what he was doing.”

Bishen Singh Bedi says, “We Indians do not bother about what is hurting others unless it hurts us personally. We are also not cut out to take on officialdom. For Rahul to take on the might of the federations is commendable.”

The BCCI case must also have been thrilling. Mehra was up against star lawyers, yet won. It was a courthouse version of Lagaan.“Kapil Sibal, Arun Jaitley, Abhishek Singhvi, KK Venugopal… name the top lawyer and he was there representing the BCCI,” Mehra says.

He admits that being a lawyer helped. “People outside will find it hard to fight diligently. You need resources. You need to engage topmost lawyers. They come at a very heavy price. I heard that the BCCI spent three or four crore on (fighting) me.” There is a tinge of pride in his voice.