The shutdown is due to an ongoing dipute over the Affordable Care Act, Obama’s healthcare plan 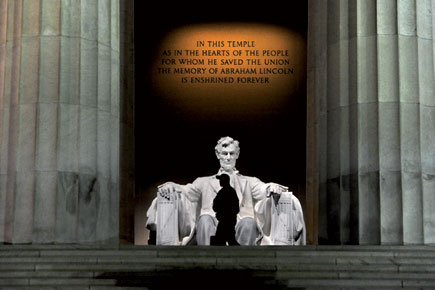 The shutdown is due to an ongoing dipute over the Affordable Care Act, Obama’s healthcare plan


The US government shutdown is the result of a stalemate between the two houses of the US Congress—the Democrat-led Senate and the Republican-controlled House of Representatives. The stalemate revolves around an ongoing dispute over the Patient Protection and Affordable Care Act (ACA), a healthcare plan proposed by President Barack Obama, dubbed ‘Obamacare’. The act was passed in 2010, and was to come into effect starting 1 January 2014.

The Senate and House are at odds over approving a bill to fund the US federal government after 30 September, when the last stopgap budget expired. While Republicans insist on a provision to defer the ACA another year, Democrats refuse to delay its implementation.

Under the US healthcare system, unlike those in other countries, it is prohibitively expensive to consult doctors or be treated for even minor ailments unless one has medical insurance, which is unaffordable for a significant population. In addition, insurers have been notorious for using their muscle to reject claims.

The ACA aims to make healthcare more affordable. But the particulars of implementation are complicated and will involve tax-raises. It is alleged that those opposing it are doing so to protect interests of big insurance.

This is the first US government shutdown in 17 years. The last time it happened was during the Clinton administration, when President Bill Clinton faced off with Republican House Speaker Newt Gingrich. What it means is that several federal agencies will be near-suspended and thousands of public servants will be on unpaid leave till the dispute is resolved. The President, US Congress and military will be exempt from the shutdown.