Also known as an L-pill or lethal pill, it contains a poisonous substance that a person ingests deliberately in order to avoid a far more unpleasant death 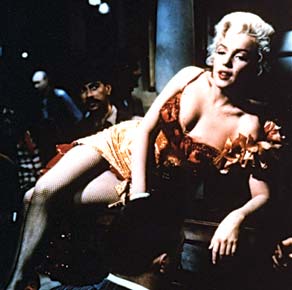 
Suicide is painless is a song written by Johnny Mandel (music) and Mike Altman (lyrics). It is best known for being featured as the theme song for both the movie and TV series M*A*S*H. Sadly, the suicide pill is not. It is an excruciating—if fast—death which you would not want.

A suicide pill (also known as an L-pill or lethal pill) is a pill, capsule, vial or tablet containing a fatally poisonous substance that a person ingests deliberately in order to avoid an imminent and far more unpleasant death or to ensure that he cannot be interrogated and leak sensitive information. One is not entirely sure whether a person should choose to go down this route to avoid the unpleasantness of life.

Traditionally, L-pills are oval capsules, approximately the size of a pea, comprising a thin-walled glass ampoule covered in brown rubber (to protect against accidental breakage) and filled with a concentrated solution of potassium cyanide.

It is important to note that L-pills are never swallowed whole. Instead, they are first crushed between the user’s molars to release the fast-acting poison contained within. Brain death occurs within minutes and the heartbeat stops shortly after. A suicide pill swallowed without first being crushed would pass harmlessly through an individual who does not suffer from acute constipation.

Potassium cyanide is an inorganic compound with the formula KCN. This colourless crystalline compound, similar in appearance to sugar, is soluble in water. It is produced by treating hydrogen cyanide with potassium hydroxide. For the chemically inclined, that’s HCN + KOH . KCN + H2O.

The desperate among you will be further distressed to note that only secret services or very select government agencies have access to this suicide pill. Similarly-styled suicide solutions—going by the names Drion Pill (after a Dutch judge, Huib Drion, who pushed the idea in the 1990s), Last-Will-Pill and Peaceful Pill—believed to be in existence for use by the hoi polloi in a hurry to go are nothing but urban legends. (Sorry, Mr Hurried Man, but you’re going to have to wait for your turn.)