Vulcans are a humanoid species hailing from Planet Vulcan who are driven solely by reason and logic, with no interference from emotion. 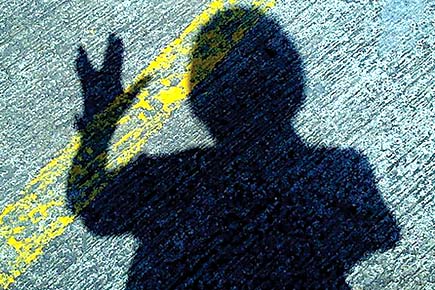 
Recently, actor Leonard Nimoy revealed how one of the US Presidential candidates had flashed him the Vulcan salute. ‘Spock’ also added that it was “not John McCain”. It makes eminent sense, then, to brush up on your Star Trek lessons. (What if you bump into President ‘not John McCain’?)

First up, if the President gives you the Vulcan salute, return it. Agreed it’s not easy, but it comes with a bit of practice. Vulcans, incidentally, are a humanoid species hailing from Planet Vulcan who are driven solely by reason and logic, with no interference from emotion. Cool.

Salutations done, you don’t want the President to think you’re a one-trick pony. You want to charm him with other stuff ‘Trekkies’ know, like the back of their salutes. Obscure stuff like Jonathan Archer was the captain of the Starship Enterprise (NX-01) from 2151 to 2161 and the name of his dog was Porthos.

Since this is the President we’re talking about (and to), there’s a possibility you will be called upon to assist him make this world a safer place. You will do your chances no harm if you tell him that the only bigot you’ve ever had a soft spot for is Doctor Leonard H McCoy, Captain Kirk’s friend, bartender, confidant, counsellor, priest and occasional Vulcan hater. Don’t forget to buttress your case by knowingly mentioning McCoy’s nickname: ‘Bones’.

For the world to be a safer place, it needs to be a more egalitarian one. Keeping this in mind, gently remind the President that he must do everything within his not-so-inconsiderable powers to ensure the ‘Ferengi’ of our times don’t rule the roost. The Ferengi, by the way, are a space-faring humanoid civilisation built on not much more than the ideals of free enterprise and pursuit of profit.

Hungry for more? Here’s one titbit that’s sure to make your distinguished companion smile: Gagh. Tell him you’ve got a soft spot for it. The enterprising head of state is sure to know that the thing you’re referring to is a Klingon delicacy consisting of unprocessed serpent worms eaten alive.

And if all this Trek talk hasn’t whetted your appetite for the new Star Trek movie directed by JJ Abrams, surely the fact that the uber cool President Obama is a fan will. Gotta go. Beam me up, Scottie.