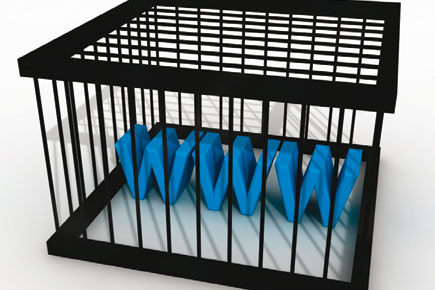 A site hosting the Savita Bhabhi webcomic was one of the first to be blocked.


A site hosting the Savita Bhabhi webcomic was one of the first to be blocked.

Last Friday, customers of a few internet service providers found they couldn’t access particular sites. Instead, a message appeared on their screens: ‘This site has been blocked as per instructions from Department of Telecom’. Because the ban covered a popular publishing platform (typepad.com), the reaction online was sharp and swift, for there were echoes of a similar ban put in place by the Indian Government in 2006. At that time, the department in charge of making occasional incursions into online freedoms banned the blogging platform blogger.com. The opposition may have encouraged a spokesperson from Airtel to attribute the blocks to a “temporary network problem”, but it turned out that sporadic blocks had been reported online since early February. A site hosting the Savita Bhabhi webcomic was one of the first to be blocked.

Some of the blocks are still in place. While the publishing platforms are up again, with few signs of inaccessibility, two technology companies—mobango.com and clickatell.com —aren’t. There is little by way of explanation from the India Computer Emergency Response Team, the organisation officially deputed by the Government of India to block websites.

The Hindu reported Nikhil Pahwa, editor of Medianama.com, as saying, “…at least if a film or book is banned, there is a reason given and a notification put out. But when you block an internet site, there is no information. This is … a form of censorship. At least it should be open for public debate.”

What’s just as chilling to folks online are the new internet-related draft rules. They prohibit people online from publishing content that is—in their words—‘harmful, threatening, abusive’ (attribution: PC Magazine). These terms, media-watchers point out, are vague and open to all kinds of interpretation.