Only one Indian has ever won the Full Marathon in Mumbai 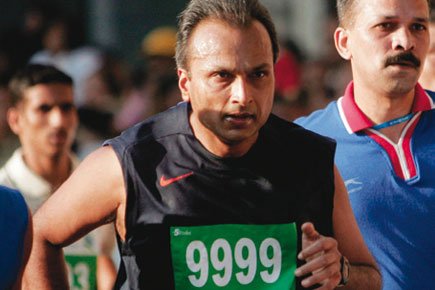 Only one Indian has ever won the Full Marathon in Mumbai


Since 2004, on a certain Sunday in January every year, the number of potbellies has been coming down a little on the streets of Mumbai. This is the day of the Mumbai Marathon, where a truckload of Bollywood celebrities, corporate executives and many regular people, including potbellies, participate. The Marathon is happening this Sunday.

The standard marathon is 42.195 km long. It commemorates Greek soldier Pheidippides’ run from the battlefield of Marathon to Athens to deliver the message that Greece had defeated Persia.  The Mumbai marathon, though, has various legs: the 2.5 km Wheelchair Event, the 4.3 km Senior Citizens’ Run, the 6 km Dream Run, the 21.097 km Half Marathon, and finally, the Full Marathon which is the standard distance.

The serious runners go for either the Half or the Full Marathon. The Dream Run is so crowded that Dream Walk would be more apt.

Only one Indian has ever won the Full Marathon in Mumbai. This was Viplav Kumar who won the inaugural edition. But after sundry Africans started participating, the competition has been rather one-sided, a talent explained well in Matthew Syed’s Bounce. Six of the seven men’s winners have been Kenyan and five of the women’s winners have been Ethiopian.

In a magazine story in 2010, it was estimated that the Marathon business would be worth Rs 100 crore by 2020. The Mumbai event is the biggest and splashiest, with an official brand ambassador in John Abraham and an unofficial one in Anil Ambani, but the Half Marathon in Delhi has also been sweating to ramp up the celeb quotient. Actors Arshad Warsi, Bipasha  Basu and Gul Panag were spotted when Delhi ran on 21 November last year.

Bangalore, Chennai, Hyderabad and even Kolkata have their own marathons. An internet search suggests that the earliest independently organised marathon in India was in Pune in 1983.