The Great Recession has seen Moody’s in downgrade overdrive 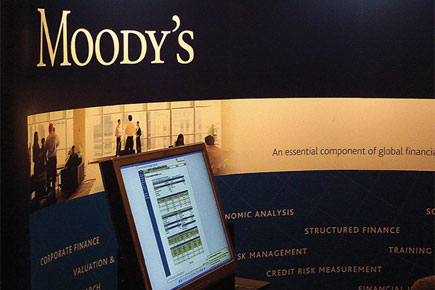 The Great Recession has seen Moody’s in downgrade overdrive


India’s stock indices, which usually fall on concerns over Greek tragedies, lower Asian openings, poor housing numbers, and sometimes on whether Mad Men would be renewed another season, plunged for reasons closer home: SBI was downgraded by Moody’s.

A little history: Moody’s, one of the world’s three big credit rating agencies, had come under criticism for changing its ratings too slowly. It was famously called out by the writer Michael Lewis on its inability to understand that some subprime mortgages the agency had rated as AAA safe were in fact ‘junk’.

The Great Recession has seen Moody’s in downgrade overdrive, at least on the face of it. The agency took a good soft look at America’s bailed out banks (still dispensing bonuses while teetering on the brink of collapse), and gingerly lowered Bank of America’s long and short-term debt, Citigroup’s short-term debt, and Wells Fargo & Co’s debt too.

The downgrades took into account what Moody’s sensed was a political climate in which banks would not find much more cash support from the US government—as against the too-big-to-fail philosophy applied in 2008, which, some reasoned, allowed banks to go unpunished for risks they had taken on and thus encouraged them to make even riskier moves. It said that the government was ‘more likely now than during the financial crisis to allow a large bank to fail should it become financially troubled’. SBI, Moody’s stated, was downgraded because of its ‘capital situation and deteriorating asset quality’. Ho-hum.

Moody’s not-yet-a-downgrade of Dexia SA, a French-Belgian bank, was more dramatic. Dexia, The Wall Street Journal reports, is ‘a major player’ in the US market for municipal debt, estimated at $2.9 trillion. After plunging 10 per cent on 3 October, its scrip fell another 21 per cent on 4 October.