The British monarchy banned the game since it thought it was distracting people from archery. 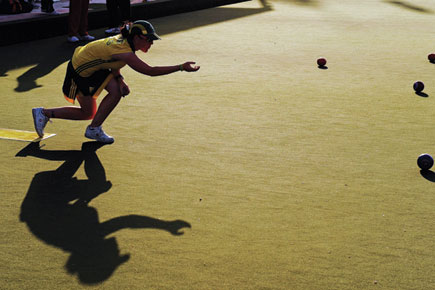 The British monarchy banned the game since it thought it was distracting people from archery.


For many Indians, the 2010 Commonwealth Games has raised at least one sport from obscurity– lawn bowls. While South Africa swept the sport in these Games, the very presence of an India team came as a surprise, begging a question to be asked: ‘What is lawn bowls?’

The game of lawn bowls, or bowls, can be traced back to 13th century Britain. The monarchy banned the game since it thought it was distracting people from archery, then so important in battle. While it continued to be played, it gathered a bad reputation, with bowling alleys coming up near taverns, prompting further legislation against it.

The ban was lifted in the late 19th century, and over hundred years later, the sport is being played in 40 countries, including the UK, US, Australia, New Zealand, Canada, South Africa, and Japan. While World Bowls, the sport’s governing body, organises international tournaments, bowls entered the Commonwealth Games as an official sport in 1930.

Modern-day bowls is played on a rectangular grassy field, between 31 and 40 metres in length. Sadly, the rules of the game aren’t half as interesting as its history. Each segment of the game is called an ‘end’, with 21 ends generally making up a singles game. The objective is to roll asymmetrical balls from the mat (starting point) as close as possible to the jack (small white or yellow balls that serve as targets). Once all the bowls are rolled, the ‘end’, funnily enough, comes to an end. The referees then measure the bowls’ distance from the jack, assigning players a point for each bowl that reaches closest to the jack.

If you haven’t got the hang of the rules yet, don’t worry. You aren’t the only one. Kazakh ‘reporter’ Borat, on hearing the rules, thought a bit before asking, “So, when will Jack come?” Says it all, really.