The JeM was formed in 2000 by Maulana Masood Azhar, who was released from jail by India in exchange for hostages of the Indian Airlines fight IC-814 hijacked by terrorists in 1999 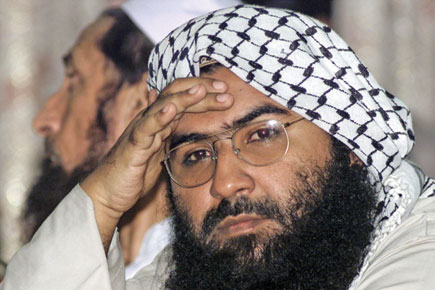 The Pathankot airbase attack, which carried on for several hours and resulted in the death of seven Army officials and six terrorists, is believed to have been the handiwork of the terror outfit Jaish-e-Mohammad (JeM). According to Army officials, the terrorists were highly trained and given specific directions. Some reports suggest that a few more JeM terrorists may have sneaked into Delhi to carry out a similar strike. The city has now been put under high alert until Republic Day.

India has responded to the attack by asking Pakistan, where JeM is believed to have its base, to act against the terror outfit, beginning with the arrest of its three operatives who are said to have coordinated the Pathankot attack. The JeM is a relatively new outfit. It was set up in Karachi in 2000 by Maulana Masood Azhar, who was released from jail by India in exchange for hostages of the Indian Airlines flight IC-814 hijacked by terrorists in 1999. In 2001, the outfit was banned in India, and a year later by the Pervez Musharraf regime in Pakistan. The JeM, however, continues to carry out operations from that country.

The Pathankot attack is the second major attack carried out by JeM militants in the last five weeks. On 25 November 2015, three alleged JeM terrorists struck a Gorkha Rifles Camp in Kashmir’s Kupwara district, leaving a military contractor dead before all the attackers were killed. The group is also notorious for the high-profile 2001 attack on Indian Parliament. Its first suicide attack was conducted in 2000 by an 18-year-old youth who detonated a car-bomb outside the Army’s 15 Corps headquarters in Srinagar.