Historically, India has been considered the largest endemic reservoir of polio in the world 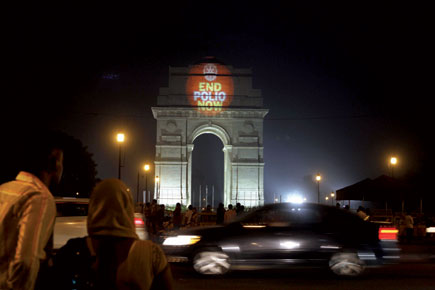 Historically, India has been considered the largest endemic reservoir of polio in the world

India is set to be formally declared a polio-free nation after it recently completed three years without a single new case of the disease emerging. The World Health Organization, which observes a gestation period of three years to declare a nation polio-free, is expected to make the announcement by March end.

Historically, India has been considered the largest endemic reservoir of polio in the world. According to reports, anywhere between 50,000 to 100,000 paralytic polio cases occurred each year in the period between 1978 and 1995. In 2009, 741 new cases of polio was reported, 42 in 2010 and one case in 2011. The last case was reported from West Bengal, when an 18-month-old girl was found to have contracted the disease. Currently, Afghanistan, Pakistan and Nigeria are the only countries in the world where the disease remains endemic.

India with its widespread poverty, large population, poor sanitation, high levels of migration and weak public health system had been considered one of the toughest places in the world to eradicate polio. In the past few years, a large number of volunteers, doctors and medical workers were employed to carry out a rigorous campaign across the country to vaccinate children. Help was sought from religious leaders to convince people of the importance of immunisation. Migrant families were targetted at bus stations, on trains, at construction sites and at local festivals. Since 1995, the Government has spent about $2.5 billion on this drive.

In 2012, the WHO took India off a list of countries with active, endemic, wild polio transmission after it passed one year without registering any new case. There has been a fear that the virus could enter from Pakistan, where a spate of cases has lately been reported, but Indian officials have been able to check that by setting up immunisation booths at border crossings with Pakistan.