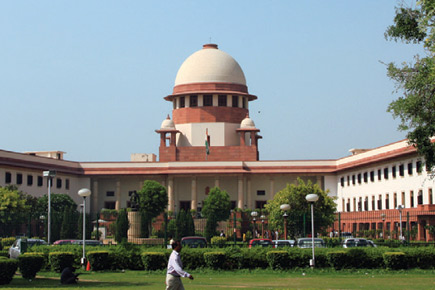 
These are troubled times for the Supreme Court. Reacting to Chief Justice of India KG Balakrishnan’s statements questioning the need for disclosure of judges’ assets, Justice DV Shylendra Kumar of the Karnataka High Court wrote a stinging rebuke in a newspaper article stating the CJI did not speak for all the judges in India. Soon after, Justice Kannan from the Punjab and Haryana High Court publicly declared his assets. The media, former judges and public opinion, too, weighed in heavily on the side of openness. Even members of Parliament, cutting across party lines, earlier rejected a Bill that sought to prevent public scrutiny of such declarations of assets.

The Supreme Court’s isolation was complete. Fortunately, it backtracked and averted further damage to its reputation and credibility. Ironically, just a few years ago, the apex court had made it mandatory for politicians to declare their assets. In the middle of this raging firestorm of debate and disclosure stands Karnataka Chief Justice PD Dinakaran.

Kaverirajapuram is a nondescript village in Thiruvallur district neighbouring Chennai. It comprises mainly Dalits, Irulas and other backward classes. This is where Justice Dinakaran has allegedly amassed over 400 acres—land holdings beyond the ceiling stipulated by the Tamil Nadu Land Reforms (Fixation of Ceiling on Land) Act. A charge that has placed at stake his proposed elevation to the Supreme Court.

The Supreme Court collegium headed by the CJI has still not arrived at a decision on whether Justice Dinakaran’s elevation should be reconsidered or not. Some of its judges feel the matter requires a thorough examination as fresh material has come to light. In a meeting that took place on 11 September at the CJI’s residence, Justice Dinakaran was confronted with the allegations, which he, of course, denied.

Since there exist few weapons to tackle judicial corruption, disclosure becomes all the more important. There is no specific body to complain to, and no investigative machinery to look into it. The police cannot register an FIR against a judge on charges of corruption without the CJI’s permission. As a result, corruption within the judiciary has demonstrated the disturbing tendency to grow horizontally, vertically and very fast. Thus the pressing need for voluntary disclosure, your Honour.