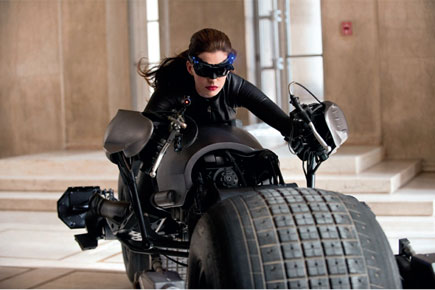 
Without Heath Ledger’s Joker, the latest Batman film—The Dark Knight Rises (TDKR)— was always going to lack something. But at least there are interesting things to talk about when it comes to Batman’s love life.

In TDKR, Batman finally moves on from Rachel Dawes. He loved Rachel but she preferred to go with Harvey Dent, the District Attorney of Gotham City. Unfortunately, Rachel dies, a victim of the Joker’s plot to put Batman in a quandary. In TDKR, Batman feels drawn to Selina Kyle, who is also Catwoman. But Selina’s intents are not always noble. She too is a villain of sorts. And it takes a while for the two to sort their relationship out.

Batman has had a complicated love life, in part due to the many versions of his adventures. Many believe that he also felt attracted to Talia al Ghul, another villain. Talia is the daughter of Ra’s al Ghul, one of Batman’s fearsome adversaries. Now that the trilogy is complete, however, it could be said that Rachel was perhaps Batman’s enduring love. She is the daughter of Bruce Wayne’s house help and his best friend. The two are torn apart after Bruce’s parents die, and come back to face each other on the crime scene. Their romance in Batman Begins is clouded by misunderstandings. Bruce portrays himself as a playboy and Rachel’s brief relationship with her boss only increases the distance between the two. But even after the air is cleared, Rachel leaves Bruce with the promise to return the day Gotham does not require Batman.

In the second movie of the trilogy, The Dark Knight, Rachel knows for sure that Bruce will never give up being Batman, whether Gotham needs him or not. The final threads of their romance end after she accepts Dent’s proposal to marry her.