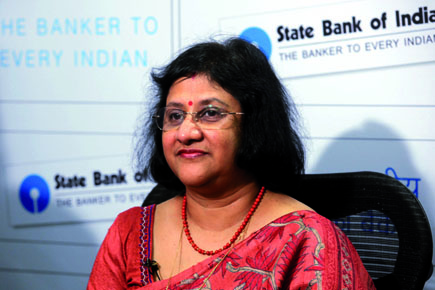 
Arundhati Bhattacharya, who has worked with the State Bank of India since 1977, has been appointed its chairperson, becoming the first woman to head the bank in its 207-year history. Before the announcement, she was serving as the bank’s Chief Financial Officer and Managing Director. The appointment also makes Bhattacharya the first woman in India to head a Fortune 500 company.

Bhattacharya has held several important posts in the past, such as Chief Executive of SBI Capital Markets, Deputy Managing Director and Corporate Development Officer. She has served in SBI’s New York office, where she monitored performance and oversaw external audit and correspondent relations. She has also been involved in setting up several new initiatives like SBI SG Securities Ltd, SBI General Insurance and SBI Macquarie Infrastructure Fund, as well as launching infotech platforms like mobile banking.

She is replacing Pratip Chaudhuri, who retired on 30 September. Three others were interviewed for his post. The competition narrowed in late September, after the interview panel—comprising Financial Services Secretary Rajiv Takru and RBI Deputy Governor Anand Sinha—shortlisted Bhattacharya and Hemant G Contractor, another MD. Her appointment was finalised after the Cabinet appointments committee, headed by Prime Minister Manmohan Singh, gave its okay.

Bhattacharya joins a growing list of women who have recently risen to top jobs in the banking sector: in the public sector, Shubhalakshmi Panse, Vijaylakshmi R Iyer and Archana Bhargav who head Allahabad Bank, Bank of India and United Bank of India, respectively, and in the private, Chanda Kochhar of ICICI and Shikha Sharma of Axis Bank.