An estimated 10 million 3G-enabled handheld devices in India are waiting breathlessly for the service. 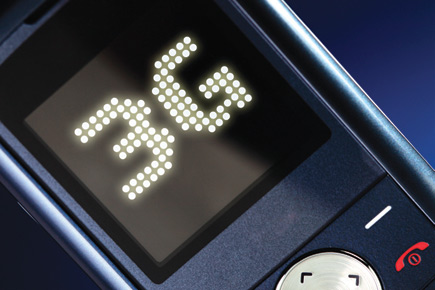 An estimated 10 million 3G-enabled handheld devices in India are waiting breathlessly for the service.


Last week, the Government of India invited operators around the country to bid for third generation (3G) and broadband wireless access (BWA) spectrum allocations. The auction will start on 9 April. The sale has been put off three times (January 2009 was the original date) in the past on account of differences over the base price, number of slots to be sold and bandwidth availability. 3G is seen as key to the future of the world’s fastest-growing mobile services market. So what’s so great about 3G?

What 3G has the potential to do is give you broadband internet services not just on the go, but in the palm of your hand. The coming of 3G (and smart phones) could adversely affect the sales of laptops. Consider how much easier it is for people to own, carry and use a cellphone than a computer and you can imagine the world of difference a cellphone on 3G could make to people, otherwise impossible with 2G technologies. In India, computing (desktop and laptop) lags far behind the usage of mobile phones.

3G holds the promise of mobile computing being made available to a wide segment of society that is today unable to reap all the benefits information technology and internet-based services have on offer. With the advent of 3G in India, the Government can, for instance, extend e-governance initiatives to anybody who owns a 3G-enabled mobile device. (It’s only a matter of time before all phones will be ‘smart’.)

What’s more, India can’t wait for 3G. Even as the date for the 3G spectrum auction was announced, the number of subscribers with a 3G wireless connection in India crossed two million. Also, it is estimated there are already over 10 million 3G-enabled handheld devices here waiting breathlessly for the service. This is only the tip of the iceberg.

In news beyond 3G: On 14 December 2009, Telia Sonera became the first operator in the world to offer customers pre-4G (or beyond 3G) services in Stockholm, Sweden and Oslo, Norway. With 4G, you don’t get broadband on your mobile device, you get something called ‘ultra-broadband’ that enables you to access the internet at speeds few people in India have experienced anywhere (let alone on a mobile device) yet. Maybe next year, we’ll do a guide on 4G.