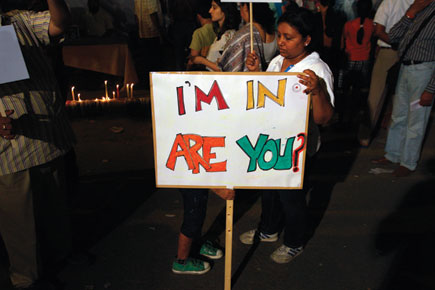 
If the political establishment didn’t know how to respond to Anna Hazare, the mindless thousands who supported him—largely from in front of their television and computer screens— were clueless how to handle criticism of their ephemeral hero.

But Hazare’s hazaars were extraordinary. Righteous outrage, sanctimony, the free period between two cricket tournaments and the predilection for online rudeness came together and pummelled anyone who dared point out that maybe the boon that Hazare was asking for was really more of a curse.

So, if you didn’t support the demand for yet another government watchdog—even one chosen by Nobelists of Indian origin or Magsaysay award winners—you must surely be a supporter of corruption. In fact, the corrupt ones must be paying you to oppose the Jan Lok Pal bill. Indeed, one clever soul suggested that he had  ‘PROOFS’, yes, written that way, that I had been paid large sums, and asked me to deny it. My wife found out that according to the word on Twitter, Sicilian women had transferred $150 million to my bank account for writing a blog post against Anna Hazare and Jan Lokpal.

The more ‘reasonable’ argued that since something had to be done about corruption, why not do what Anna says because Anna had sincere intentions. If reasonable Indians rely on sincere intentions alone in matters of cardiac surgery or their children’s education, we should worry.

Some people said they would rather follow Kiran Bedi than listen to me. The Law of Indian Expertise (LIE) postulates that in India, a person who achieves fame in any one field is automatically considered an expert in all others. Why those Sicilian women should choose to ignore celebrities whose words are lapped up by the hazaars and instead give money to obscure policy wonks remains a mystery. No?

Nitin Pai is editor of Pragati: The Indian National Interest Review and a fellow at the Takshashila Institution