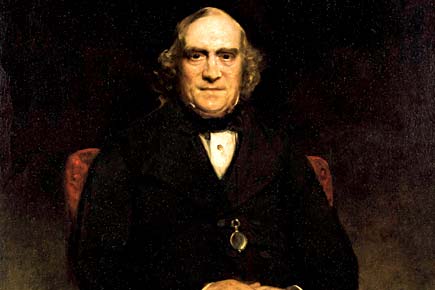 Tuesday happened to be the 150th death anniversary of James Wilson, architect of India’s income-tax system


Last Tuesday happened to be the 150th death anniversary of James Wilson, the man sent from London to establish the tax structure, a new paper currency and remodel the finance system of India after the 1857 revolt.

Wilson also  founded The Economist in 1843. But for over a century, the architect of India’s incometax system lay buried unknown at a cemetery at Mullickbazar in Kolkata. Till an assistant commissioner of income tax, CP Bhatia, discovered it two years ago. Researching a book on India’s tax history, Bhatia learnt Wilson had died in Kolkata. A search of old cemeteries led Bhatia to his decrepit grave. He restored the tombstone and convinced the Christian Burial Board to maintain the grave.

Wilson died within eight months of arriving in Kolkata. Dysentery, the inhospitable climate, anxiety and stress are recorded as the reasons for his death on 11 August 1859 at the age of 55.