Robert Mugabe: The Banality of Evil 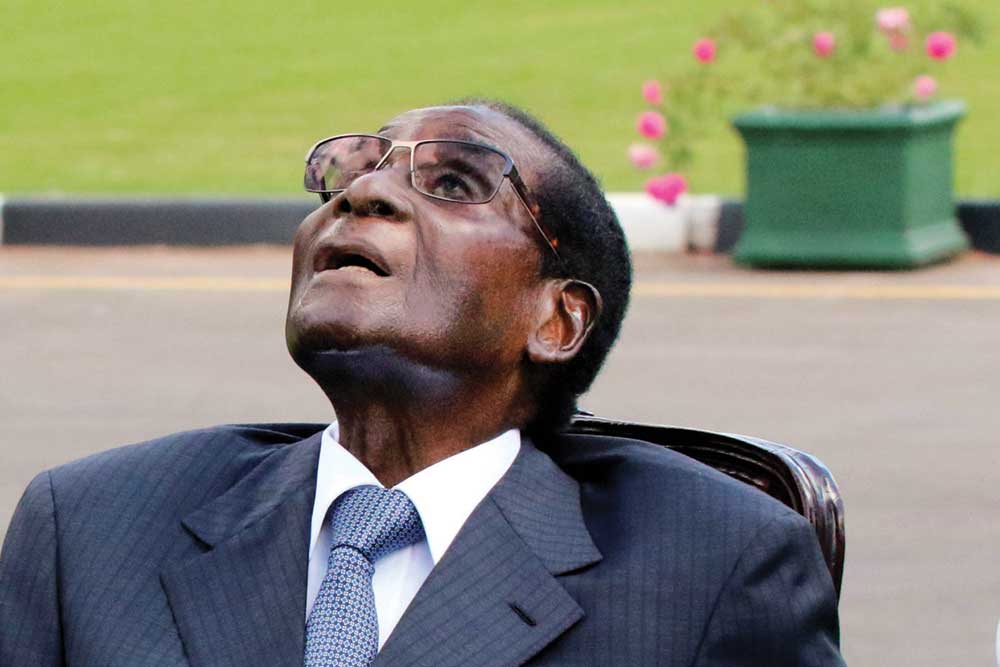 WHEN A DETACHMENT of soldiers took control of the Zimbabwe Broadcasting Corporation on Tuesday, they struck to the copybook execution of a coup d’état. Seizing the public broadcaster, parliament and ‘safe custody’ of the ruler are classic examples of how a coup proceeds. What happened in Harare had many of these elements. The only question: what took so long to effect a coup de grâce on a regime that had lost vitality a long time ago?

The immediate answer lies in the humiliation meted out to Emmerson Mnangagwa who was summarily dismissed earlier in November after he lost a power struggle in the ruling party. Pitted against Grace Mugabe, the secretary-turned-wife of ex-President Robert Mugabe, he stood no chance at all. Mugabe, a man with a record of eliminating rivals, miscalculated this time: the former minister for security was a calculating politician in his own right who had one big advantage, a strong constituency in the army. In less than ten days after the sack, Mugabe found himself in ‘safe custody’, an expression that means the very opposite of what it says.

The denouement had been in the making for long and can be dated to the early stages of a struggle against White rule in what was then called Southern Rhodesia. In the mid-1970s, Mugabe had managed to escape the clutches of Ian Smith’s police to safety in Mozambique, where a former revolutionary called Samora Machel was in power. Despite a common political ideology— Marxism—Machel had a poor opinion of Mugabe’s abilities, and for the most part kept him under house arrest. When freedom finally came by negotiated settlement—with Britain finally washing its hands of a tempestuous colony—Mugabe thought he was free to implement his programme of change. Even at that stage, Machel, speaking from experience, warned him not to oust the White minority as that would rattle Zimbabwe’s economy.

For a time, Mugabe ‘behaved’. Government finances were organised on sound principles and the ‘Africaniation’ of Zimbabwe’s agriculture—by purchasing land from White farmers who owned a majority of cultivable land—was on voluntary basis. But by the mid-1990s, Mugabe became restive. In those years, he had quelled a major rebellion in the southwestern part of the country that was dominated by a different tribal people.

From then on, all the flaws that have been seen in post-colonial African rulers became visible in Mugabe as well: tribe over country, family over tribe and clique over party. In this, he was not alone. Kwame Nkrumah in Ghana, Mobutu Sese Seko in the then Zaire and Idi Amin in Uganda, displayed variations on a political theme that Africa was to witness again and again: the inability of powerful politicians to overcome the mould of a ‘Big Man’, the most common known political form in that continent. All tried their hand at modern politics after decolonisation and quickly abandoned it in favour of patrimonialism. Mugabe outlasted them all due to one differing trait: his extensive mobilisation of people in the name of giving them land after dispossessing White farmers. In the end, this long-drawn process, which gained momentum after 2000, proved to be his undoing.

By 2010, Zimbabwe was a ruined country. At one time a food-surplus nation, it was reduced to dire straits where the majority did not have enough food. Then came those economic maladies that afflict countries that are mismanaged extensively: hyperinflation, worthless currency and a breakdown in most economic activity. The closest current example to Zimbabwe is Venezuela, another socialist paradise. Through all this, the army remained loyal to him even if Zimbabwe’s economic destruction was for everyone to see. But the one thing that every tyrant needs to watch out is disaffection within his main instrument of repression. At 93, the veteran of many bush fights did not see this coming. Perhaps he was too fond of his wife and she was too ambitious. What began as a celebrated revolution finally turned out to be a tame family affair.