Six men undergo an 18-month ordeal in a confined space to check if humans can make it to the Red Planet. 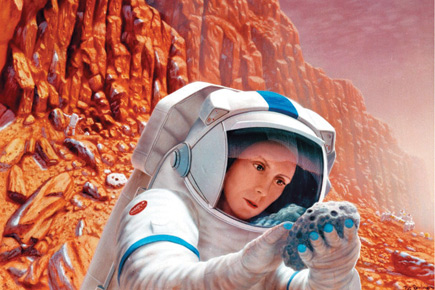 Six men undergo an 18-month ordeal in a confined space to check if humans can make it to the Red Planet.


On 4 June, six men began an ordeal that seems to be lifted straight out of TV reality shows; it certainly makes Big Brother look like a walk in the park. They have agreed to spend 18 months cooped up in a confined space with no physical access to the outside world, working ten-hour shifts, showering once a week and communicating with the outside world with a 40-minute time lag, with cameras following their every move.

But unlike a reality show, these six men—three Russians, a Frenchman, an Italian and a Chinese—are involved in some serious science. They are part of the Russian Institute of Biomedical Problems’ Mars-500 mission, which simulates an actual 520-day space journey to Mars. The ‘journey’ will be divided into a 250-day trip there, a 30-day stay on its surface, and a 240-day return trip. During this time they will actually live out conditions on such a journey, allowing scientists to check the psychological and physiological stress that humans will eventually have to undergo when a real journey is undertaken some 20 years in the future. “The Mars-500 project is envisaged as an answer to the big question of whether a human being can realise a Martian flight—taking into account all the limitations and restrictions which are characteristic of this flight,” says the deputy director of the institute, Dr Viktor Baranov. The mock-up craft is about 550 cubic metres in size—about the size of a comfortable flat. It consists of interconnected metal canisters, four of which serve as the working and living quarters, while the fifth is a mock-up of the surface of Mars.

At the end of the onwards 250-day ‘journey’, three of the crew will spend time here decked in heavy spacesuits. The reward for the crew: $100,000 for participating in the mission, and perhaps more importantly as one of the crew said, “When the very first human steps on Mars, I will be able to say, ‘yeah, I helped do that’’’.