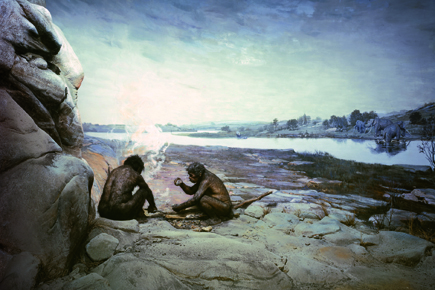 
According to a widely-held scientific view, modern humans had several species of ancestors. This view holds that about two million years ago, there were several hominids walking the Earth. These include species like H rudolfensis, H gautengensis, H ergaster and H erectus, each with a different cranium shape. However, a new study claims that these were not different species, but part of a single evolving lineage that led to modern humans.

The paper, authored by paleoanthropologists of University of Zurich, was published in Science. It bases its findings on the study of an intact skull, believed to have been an early Homo individual living about two million years ago in current Dmanisi, a small town in Georgia. It is the only intact skull ever found of a human ancestor that lived in the early Pleistocene, considered to be the time when human predecessors started moving out of Africa.

Apart from the skull, remains of other individuals had been recovered from the site earlier. This gave researchers a unique opportunity to measure variations in a single population of early Homo. Upon comparison, the new skull was found to have a longer face and its teeth were larger than the others. It also had the smallest braincase compared to the others. The researchers further compared all the fossils found at Dmanisi with fossils of other species of human ancestors that had lived in Africa during the same period. They found that the variations within different species to be the same as variations within fossils found at Dmanisi, leading them to conclude that there are no different species of human ancestors; just variants of H erectus. The researchers write in the journal, "The Dmanisi sample, which now comprises five crania, provides direct evidence for wide morphological variation within and among early Homo paleodemes. This implies the existence of a single evolving lineage of early Homo, with phylogeographic continuity across continents."

They claim that there was only a single species of human ancestors, Homo erectus, which evolved about 2 million years ago in Africa, and expanded through Eurasia, via places such as Dmanisi.