Humans may have left Africa long before the accepted date of 60,000 years ago 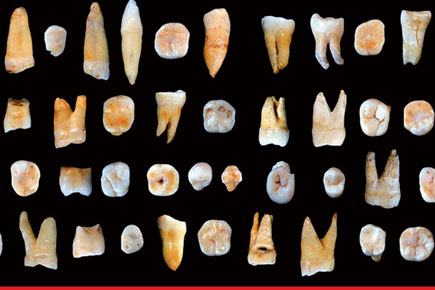 Homo Sapiens is believed to have originated in Africa and at about 60,000 years ago, done a great migration and moved into the rest of the world. There have been a few finds where archaeologists discovered the remains of older homo sapiens outside Africa before that period. For instance, remains 100,000 years old have been discovered in the Skhul and Qafzeh caves in Israel. But scientists believed they were connected with failed preceding migrations.

A new study now challenges the conventional hypotheses and suggests humans may have migrated much before 60,000 years or there might have been more than one ‘Out of Africa’ migration. Researchers discovered teeth from a cave in south China’s Hunan Province, which shows homo sapiens reaching China at least 80,000 years ago. The excavations of the limestone cave extending over three square kilometres found 47 human teeth, as well as the remains of other animals like hyenas, extinct giant pandas and several other animal species. The human teeth were small in size, had flat crowns and thin roots like modern- day humans. No stone tools were found. According to the researchers, the cave, in all likelihood, wasn’t a human dwelling. Their remains, they say, must have been hauled in by predators.

Since the fossilised teeth lacked any radioactive carbon, the researchers instead dated the calcite deposits under which they were found. According to them the cave’s stalagmites are at least 80,000 years old. Hence anything underneath, they reasoned, needed to be older. The remains of the other animals, when tested using radioactive dating, confirmed their assumption. According to them, the teeth could be as old as 120,000 years old.

If this finding is true, it also means homo sapiens were puzzlingly present in southern China long before they reached Europe where they reached only 45,000 years ago. Southern China is quite far from the horn of Africa as compared to Europe. It could be that the frigid climate of the Ice Age drove early humans to warmer climates of distant Asia, or Neanderthals—another human-like species who lived in Europe—kept away homo sapiens from entering the continent.