The Evolution of Primate Vision 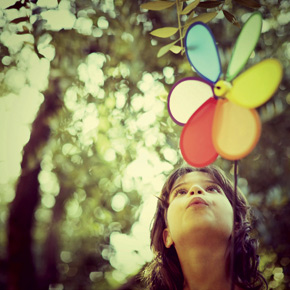 
How did humans and other primates come to develop the acute three-colour vision that they possess? Our primate ancestors, after all, were once nocturnal creatures. According to the generally-held view in the scientific community, this enhanced vision evolved over time. The belief is that this evolution took place once primates started rising with the sun, which in turn led to the rise of anthropoid or higher primates. This later led to the evolution of the human race.

However, a new study on tarsiers, which are small primates with large bulging eyes found mainly in South East Asia, suggests otherwise. The study, conducted by researchers of Dartmouth College in the US and published in the journal Proceedings of the Royal Society B: Biological Sciences, claims that this enhanced vision did not develop after primates started waking up after sunrise. It posits that primates possessed this type of vision even earlier.

Tarsiers are nocturnal beings that can communicate through ultrasound. The researchers found that the tarsiers’ ancestors possessed acute trichromatic vision much like modern monkeys and apes. They found this by analysing the genes that encode photopigments in tarsier eyes. However, while such vision might suggest a daytime lifestyle, fossil records of their ancestors show that the animal was in fact primarily nocturnal.

According to the research, this inconsistency was because these ancestors were adapted to dim light conditions. This would mean the ability to operate in twilight or bright moonlight. The researchers surmise that as these ancestors evolved, over time, different species branched off. While tarsiers turned nocturnal, monkeys and other primates evolved to a daytime lifestyle. This shows that our familiar three-colour vision developed before primates became diurnal.

The authors write in the journal, ‘This result… raises the possibility that many hallmarks of the anthropoid visual system evolved under dim (mesopic) light conditions. This interpretation challenges the persistent nocturnal-diurnal dichotomy that has long informed debate on the origin of anthropoid primates.’