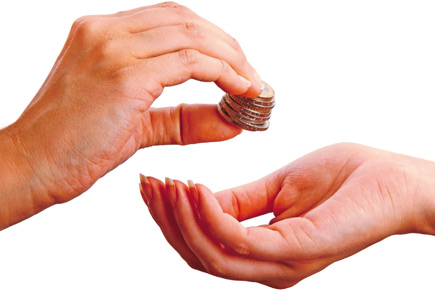 
The existence of altruism has long been a biological puzzle. Why should any organism sacrifice its self-interest to benefit others? On the face of it, such behaviour makes little sense till seen in the light of kinship. If two individuals share genes, then the reproductive success of any of them is of benefit to the other. In 1964, evolutionary scientist WD Hamilton proposed a formula to explain this phenomenon. He said altruism would naturally occur when the cost of altruism (c) to the individual is less than the benefit to the beneficiary (b) times the degree of relatedness (r). That is, if rb>c. According to the formula, relatedness creates a hierarchy for the evolution of altruism, with such behaviour most likely towards identical twins where r is 1, siblings, children and parents where r is 1/2, and least likely to be directed at strangers where r is very low. It has since been found that the idea seems to hold in most situations, but recently biologist EO Wilson has challenged this idea as simplistic. What hasn’t been possible is a quantitative demonstration of the formula.

Now in a recent paper published in PLoS Biology, scientists at Federal Polytechnical School in Lausanne, Switzerland, have verified Hamilton’s formula using robots that have the ability to evolve artificially. The simple neural network that controls each robot is coded for by an artificial genome. These robots can ‘evolve’ to do simple tasks such as pushing seed-like objects to a particular destination. The robots were then allowed a choice of whether they would want to share this seed or not. Repeated tests under varying conditions where robots were allowed to evolve for 500 generations showed that Hamilton’s formula held good.
The authors, Markus Waibel, Dario Floreano and Laurent Keller, state in their paper that ‘by conducting experimental evolution over hundreds of generations of selection in populations with different c/b ratios, we show that Hamilton’s rule always accurately predicts the minimum relatedness necessary for altruism to evolve.’