Some yawn more than others: why they do may lead researchers to a treatment for autism 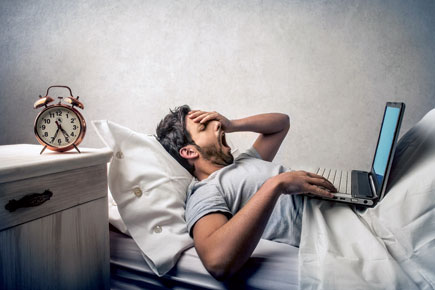 Some yawn more than others: why they do may lead researchers to a treatment for autism

There are two kinds of yawns. The first, a spontaneous yawn, occurs when someone is bored or exhausted. The second, a contagious yawn, does not begin until early childhood, and occurs only among humans and chimpanzees. This sort occurs in response to thinking about yawning, or, as ‘contagious’ suggests, seeing or hearing someone else yawn.

A new study suggests that contagious yawns have no link with empathy or tiredness; the only factor is age. People are less likely to yawn when others do as they get older.

This study, conducted by a team of researchers from the Duke Center for Human Genome Variation and published in the journal Plos One, is the most comprehensive look so far at factors that influence contagious yawns. As many as 328 healthy volunteers, put to a cognitive test with a comprehensive questionnaire that included measures of empathy, energy levels and sleepiness, were made to watch a three-minute video of people yawning. They had to record the number of times they yawned while watching the video.

Researchers found that some individuals were less susceptible to contagious yawns, and, with age neutralised as a factor, there was no strong connection between contagious yawning and levels of empathy or tiredness. Age, it was found, was able to explain 8 per cent of the variation in contagious yawning.

The researchers are examining whether the ability to catch yawns from other people is inherited, with the hope of addressing mental health disorders. Understanding the genes that might encode susceptibility to contagious yawning, they hope, could lead them to genes (or their variants) that are associated with schizophrenia and autism.