Mathematics and the Mob 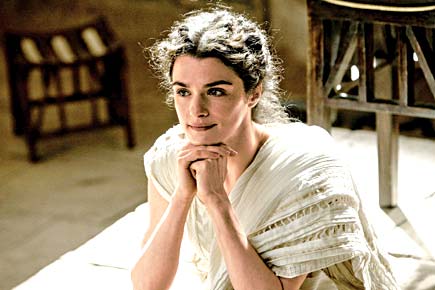 More and more evidence is accumulating that the stereotype of women as being inferior at mathematics has almost everything to do with culture. But evidence does little to change perception, and perhaps more is achieved when popular culture focuses on the superiority of a woman mathematician. Alejandro Amenebar’s movie Agora that premiered at Cannes is this rare beast. With the movie being brought to India this year by the PVR group, we can hope to see Rachel Weisz star as the fourth century Egyptian mathematician and astronomer Hypatia.

Certainly, Hypatia’s story is fit for the big screen. Contemporary Christian sources who had no reason to like her, given that in the extraordinary ferment of fourth century Alexandria she was a pagan and leading Neo-Platonist philosopher, give a vivid description: ‘There was a woman at Alexandria named Hypatia, daughter of the philosopher Theon, who made such attainments in literature and science, as to far surpass all the philosophers of her own time. Having succeeded to the school of Plato and Plotinus, she explained the principles of philosophy to her auditors, many of whom came from a distance to receive her instructions. On account of the self-possession and ease of manner, which she had acquired in consequence of the cultivation of her mind, she not unfrequently appeared in public in presence of magistrates. Neither did she feel abashed in going to an assembly of men. For all men on account of her extraordinary dignity and virtue admired her the more’.

Admiration notwithstanding, she aroused the ire of a city that was increasingly turning to Christianity. She was eventually blamed for a rift between imperial authority and a Bishop and a Christian mob ‘hurried away by a fierce and bigoted zeal … waylaid her returning home, and dragging her from her carriage, they took her to the church called Caesareum, where they completely stripped her, and then murdered her by scraping her skin off with tiles and bits of shell. After tearing her body in pieces, they took her mangled limbs to a place called Cinaron, and there burnt them.