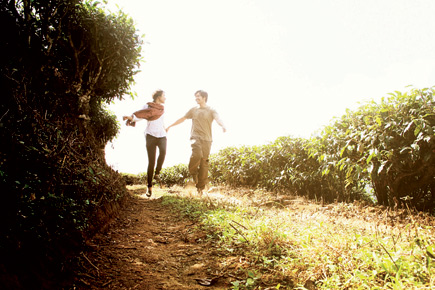 
A girl brings her boyfriend home but her parents are aghast at her choice. They think she can do much better. Contrary to what most believe, a new study claims that this reaction has nothing to do with parents being too selective, awkward or not wanting their daughters to grow up and leave them. It has, the study argues, an evolutionary explanation. It claims that the conflict between parents and their daughters over their choice of mates is rooted in a conflict over resources.

The study was conducted by a group of British and Danish scientists from Bristol University in England and University of Groningen in the Netherlands. It was published in Evolution & Human Behavior. Here, the researchers built a computer model that simulated the evolution of parental behaviour while their daughters search for partners. They found that parents, typically, want their daughter’s partner to be more caring and supportive than what their daughter eventually ends up choosing. One of the researchers, Dr Tim Fawcett explained this phenomenon in a press release: ‘The conflict over parental resources is central to understanding why parents and children disagree in mate choice.’ According to the researchers, parents view their children equally. However, if one of their daughters ends up with a partner who does not have enough resources, the parents will step in and help her out more than their other children. Daughters use this knowledge to choose partners who don’t have enough resources so her parents give her more than a fair share of their resources. When the same daughter becomes a mother, her parents’ contribution ensures the child better health and more resources.

The researchers write in the journal: ‘Parents may differentially allocate resources among their daughters depending on the resource-provisioning abilities of their sons-in-law… We find that parents invest most in daughters whose mates provide few resources. Subsequently, the daughters evolve to exploit this allocation rule through their mate choice, which is not in the parents’ best interests. This results in a conflict over mate choice between parents and their offspring…’

The researchers hope to conduct further investigations in this field.