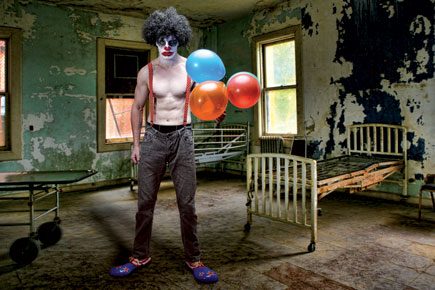 As it turns out, the funniest people have traits that are highly similar to those suffering from psychotic disorders. A new study has found that comedians are able to make people laugh because they often display characteristics that are found in people with schizophrenia or bipolar disorder, appearing to support the widely-held belief of a link between madness and creativity.

For the study, published in The British Journal of Psychiatry, a total of 523 comedians in the US, UK and Australia were tested. They were given a questionnaire designed by researchers from Oxford University to gauge four traits known to be associated with schizophrenic and psychotic tendencies—unusual experiences (belief in paranormal events); cognitive disorganisation (difficulty in focusing thoughts); ‘introverted anhedonia’ (a reduced ability to feel social and physical pleasure, for instance a tendency to avoid intimacy); and impulsive non-conformity (a tendency towards impulsive, antisocial behaviour and lack of mood-related self-control).

Their results were then compared with that of a group of actors and another group of people in non-creative industries. The actors scored higher than the general group on three of the four measures, except introverted anhedonia. The comedians came out significantly higher on all four types of psychotic personality traits compared to the other groups.

According to the researchers, various psychologists and psychiatrists have pointed out the links between creativity and madness, yet comedy and humour have been neglected. They believe that the high ratings of comedians on all four counts, especially manic thinking, a feature of bipolar disorder, help explain comedian mindsets and how they can entertain audiences. One of the researchers, Gordon Claridge told The Guardian, “Although schizophrenic psychosis itself can be detrimental to humour, in its lesser form it can increase people’s ability to associate odd or unusual things or to think ‘outside the box’. Equally, ‘manic thinking’, which is common in people with bipolar disorder, may help people combine ideas to form new, original and humorous connections.”